by Editorials
in Industry News, Renovations & New Builds, and Rugby
on 24 Jul 2015 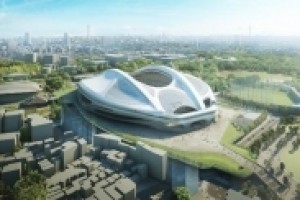 The 80,000-seat stadium in Tokyo, which is also the centrepiece of the 2020 Olympics, was scheduled to host the biggest matches in 2019, including the opening game and the final of the first rugby World Cup awarded to Asia.

But those plans were all thrown out the window on Friday when Japanese Prime Minister Shinzo Abe announced that the original stadium design was being scrapped because of escalating costs.

With construction yet to begin and the project now on hold while the Japanese government decides on a cheaper model, Abe conceded the stadium would not be ready for the rugby World Cup.

"We will not make it in time," Abe told a news conference.

"World Rugby is extremely disappointed by today's announcement that the new National Stadium will not be ready to host Rugby World Cup 2019 matches despite repeated assurances to contrary from the Japan Rugby 2019 Organising Committee and Japan Sports Council," World Rugby said in a statement on Friday.