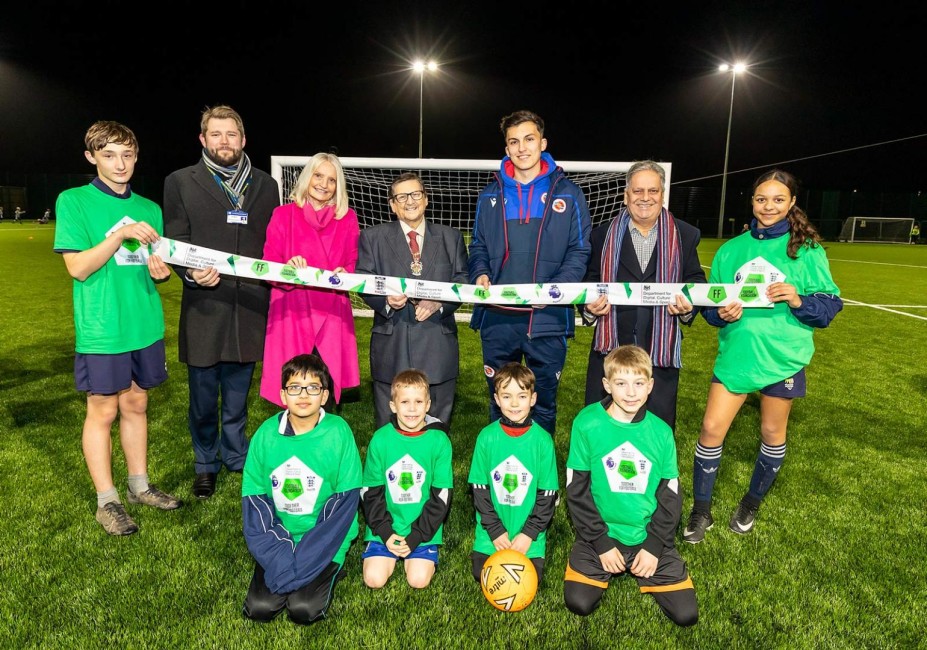 The new pitch was made possible thanks to investment from the Premier League, The FA and Government's Football Foundation.

After netting a £480,298 grant from the Football Foundation, as well as £350,000 pledged by Wokingham Borough Council, work begun on the site in August 2019. The new facility will enhance the school's P.E. provision and will provide increased sporting opportunities for the wider community.

Local football clubs including the borough council's partners; Wokingham and Emmbrook FC and Ashridge Park FC, and community groups, will all have access to the pitch during evenings and weekends.

It is anticipated that the new pitch will support an additional 75 football teams playing at the site over the next five years. This will contribute to over 1,100 people playing affiliated football. The creation of nine new female teams would also support approximately 150 women and girls playing football at the site.

Cllr Parry Batth, Executive Member for Environment and Leisure at Wokingham Borough Council, said: "The new 3G pitch is a fantastic addition to our leisure facilities in the borough, which will not only benefit the school but also local sports and the many football teams within the Borough."

Paul Thorogood, Chief Executive of the Football Foundation, said: "Grassroots sport plays an important role in communities across the UK, creating opportunities for people of all ages and backgrounds. That is why I am delighted that The Emmbrook School has now opened their new all-weather pitch at in Wokingham thanks to investment from the Football Foundation."

"Continuing to improve access to high-quality facilities like this one is a key aim for the Premier League, The FA and the Government. Delivered by the Football Foundation, their funding supports projects for clubs and organisations all over the country and is helping to boost the number of people benefiting from sport through better facilities."

"Grassroots football provides so many benefits for members of the community, not least of which is the opportunity to enjoy themselves. Love for our national game, something that can be found across the country, is an integral part of what drives the Foundation and its Funding Partners to keep increasing the standards and quality of our facilities."