by External source
in Conservation & Ecology
on 18 Dec 2012 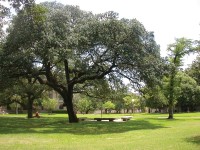 With a recent increase in findings of new pests and diseases, it is clear that Britain's trees are facing unprecedented threats.

Acute oak decline - a condition affecting oak trees in parts of England and Wales, in which bacteria, including one species previously unknown to science, are believed to be involved.

Asian longhorn beetle - A wood-boring insect that can cause extensive damage to a range of urban and forest broadleaved trees.

Chalara dieback of ash - an aggressive fungal disease of ash trees which causes crown death and wilting and dieback of branches.

Chestnut blight, a highly damaging disease caused by the fungus Cryphonectria parasitica, which was confirmed in sweet chestnut trees in two nut orchards in Warwickshire and East Sussex in 2011.

Great spruce bark beetle (Dendroctonus micans) - is present throughout much of the Eurasian region, practically everywhere that spruce trees grow. It was first discovered in Britain in 1982.

Horse chestnut leaf miner (Cameraria ohridella) - first found in Britain in 2002 in London, this moth's range has expanded to much of England and Wales.

Oak pinhole borer (Platypus cylindrus) - once rare in Britain, populations grew in the south after the 1987 gales, when it took advantage of the glut of suitable breeding material.

Oak processionary moth (Thaumetopoea processionea) - severely defoliates oak trees and can weaken them, making them susceptible to other pests and diseases. Outbreaks in west London and Berkshire.

Phytophthora austrocedrae - Confirmed as the cause of dieback and deaths of juniper bushes in Northern England in 2011, this pathogen had previously been almost solely associated with Chilean cedar trees in South America. Juniper's conservation importance makes this a potentially serious development.

Phytophthora kernoviae - so far confirmed only in Britain, Ireland and New Zealand, and only in a very few trees. However, the fact that it can infect beech and oak, as well as woodland under-storey species such as bilberry and rhododendron, makes it a forestry concern.

Phytophthora lateralis - usually kills most Lawson cypress trees that it infects. First recorded in the UK, in Scotland, in 2010; now present in Devon, Yorkshire, Northern Ireland and Republic of Ireland.

Phytophthora ramorum - a fungus-like organism which attacks many trees and plants. The economically important larch is a host, and large numbers have had to be felled.

Pine tree lappet moth (Dendrolimus pini) - has been discovered breeding in Inverness-shire pine plantation forests. It can be a serious defoliator of pines and other conifer trees in some parts of its native range in Europe and Russia.