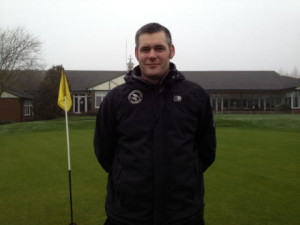 Jon, who began his studies seven years ago, has studied during the evenings over the last three or four months after a hard day at work to give him the best chance of passing the final stage Case Study and Technical Examination.

Recognised as a prestigious greenkeeping industry award, the Certificate is achieved in three stages.

In stage one a minimum of 200 credits must be earned for various formal and informal education and training and for years of greenkeeping experience.