Funds are pouring in to help volunteer-run Topsham RFC repair extensive damage caused by a large group of travellers who set up camp on its rugby pitch. 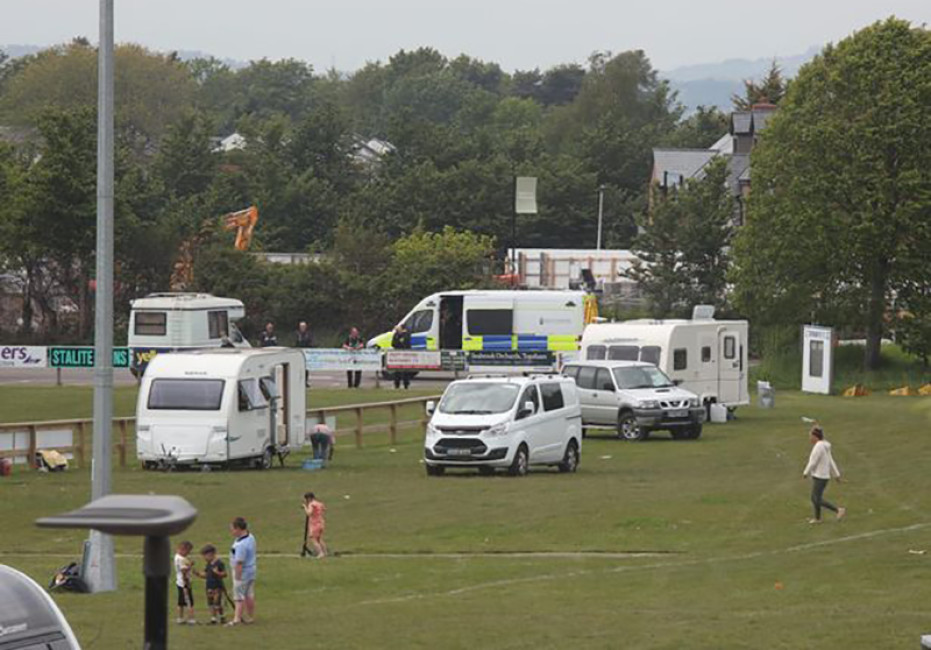 Police and Travellers at Topsham RFC

Last Wednesday, May 26, around 20 caravans broke their way through a gate to park up on the field. After peaceful attempts to move them on, a costly eviction battle resulted in the bailiffs and police removing them from the site two days later.

By then the travellers had caused thousands of pounds worth of damage to the pitches and grounds, the club's main gate, medical equipment on site, and taps and waterworks.

The club has since launched an online fundraising campaign to help pay for the costs. So far it has already raised nearly £6,000. Its target is to raise £10,000.

The club said on its fundraising page: "We are asking for any help you can offer to try and alleviate what is looking like a major bill and clean-up operation for the club.

"Our two main costs are the installation of a new gate system to ensure something like this doesn't happen again, and also the costs associated with our bailiffs and the private security we have had to employ.

"Any money beyond what is needed that we do raise will be donated to the community and business that have also been affected."

After the travellers had moved on, the club received huge support when it appealed to members and the community for help to conduct a big clean-up operation.

It enabled the club to carry on with its weekend fixtures, and a car boot sale on bank holiday Monday.

Devon has recently suffered from a spate of rugby pitches being camped on by travellers.

On May 5, travellers set up camp on Exhibition Playing Fields in Exeter, which is home to Exeter Saracens RFC. Police officers confirmed they were investigating reports of suspected criminal damage to the Saracens Club property.

Sidford Rugby Field, which is used by Sidmouth Rugby Club, was descended upon by a number of caravans and other vehicles on Sunday, May 30.

East Devon District Council quickly served the travellers with notice to leave and they moved on the following morning.

The site has now been secured, and the site was tidied within an hour.

To make a donation to the Gofundme appeal please click here