It's tribute to the quality of the course preparation and wonderful putting surfaces produced by Gullane Golf Club's course manager Stewart Duff and his team, with the unparalleled tournament support of Toro and Reesink Turfcare, that South African golfer Brandon Stone had a chance to make European golfing history at this year's Aberdeen Standard Investment Scottish Open. 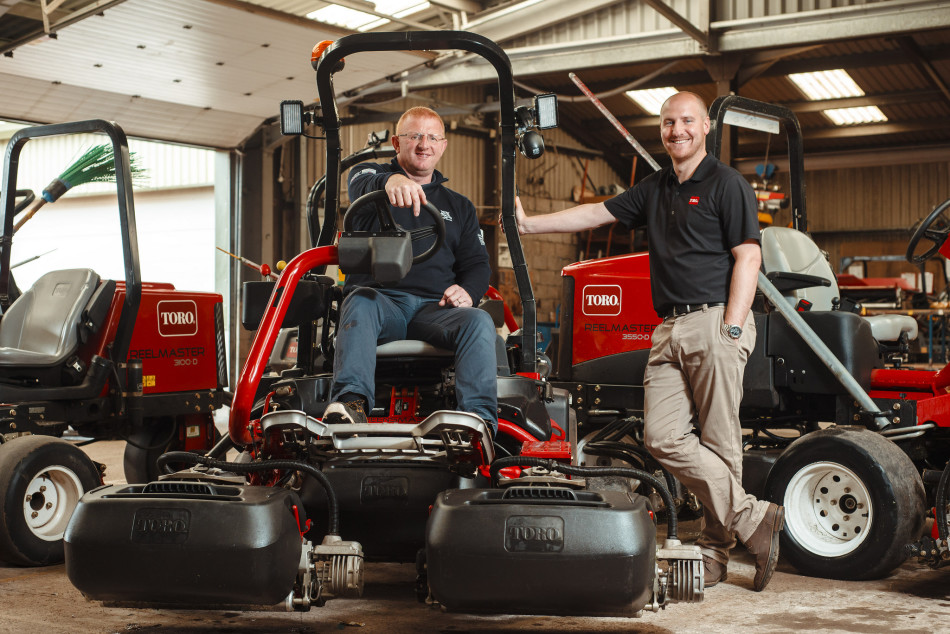 But, as Brandon stood over his seven-foot putt on Gullane's 18th green in the final round, Stewart didn't know what to think. If Brandon made the putt he would have been the first player to shoot a 59 on the European Tour, but Stewart wasn't sure if he wanted Gullane to be the first course to have a 59 on its CV. On the other hand, it would have been a genuine tribute to the quality of the Gullane putting surfaces.

"It was a Catch 22 for me," Stewart says. "For him, personally, I really wanted it to go in as he was a great Champion, a well-deserved winner and a wonderful young man; but for selfish reasons - for the course and for the club - I didn't want it to go in. I was 50-50 on it."

As it turned out the ball stayed above ground and Brandon had to settle for a 60 and a four-round winning total of 20 under-par.

Credit for the fact that Gullane produced the closest attempt yet for that elusive 59 must go to Stewart and the attention to detail he seeks from his team and his turf machinery. And in that he has met an equal in Toro and Reesink.

One example is his use of the Toro Greensmaster Triflex Hybrid 3420 mower, six of which he used on a daily basis to cut tees and aprons, and which it's said produces results as close to perfection that nature will allow: "The quality of cut is excellent as is the way the units follow the contours on some of our grass hollows on the aprons."

Recognising the quality, and not wishing to waste an opportunity, as soon as those tasks were finished Stewart had another job lined up for them.

"We changed over to the greens units so the boys could go and cut the greens on our other two courses," he revealed.

"While the quality of cut and exceptional contour-following ability are huge plusses, I love the fact that there are no tools required to change the units over and even more than that, they have excellent electric motors to drive the cylinder so there's no chance of oil leaks."

Unlike most tournament venue course managers, the prize presentation to Brandon wasn't the end of an intense week - for Stewart and his team it was just half time!

Because, while the world's attention turned to Carnoustie and The Open Championship, Gullane was keeping itself pristine for the arrival of the ladies and the Aberdeen Standard Investment Ladies' Scottish Open just the week after that.

This time Thailand's Aryla Jutanugarn closed with a 66 and a four-round total of 13 under-par to lift the trophy at a presentation which finally gave Stewart a chance to catch breath.

"We did think that keeping the course in top condition for three weeks - two for the tournaments with a week in between - was going to be harder than it actually was, and in many ways it was probably better for the ladies than it was for the men. It was still very good for the men, but it got a little bit drier for the ladies and the greens were slightly faster," he said, still pinching himself that both events turned out as well as they did.

"If we'd placed an order for weather we'd have asked for exactly what we got. That was our best case scenario.

"The tournament support was absolutely fantastic and, while I know that providing support at The Open Championship at the same time put pressure on them, you would not have known it. In Jeff Anguige and George McDonald from Reesink, we had two colleagues doing their best to ensure we had everything we needed. The support that they offered was wonderful. I'd also like to thank Eddie Adams, the European Tour's agronomist, who was so much help to us for the men's tournament, and my staff who were superb throughout both tournament weeks."

Among the pieces of equipment which arrived at Gullane for the two big weeks were the Reelmaster 5010-H hybrid fairway mowers and the Workman GTX Electric utility vehicles, while the club's own two Toro ProCore 648 pedestrian aerators and a Toro ProPass 200 topdresser came into their own with the seeding and sanding in the recovery programme.

"The RM5010 mowers are just a great piece of kit. The quality of cut and after-cut appearance are superb and it's quiet. Plus, the electric motors mean there is no chance of oil leaks. It really is a well thought out piece of kit."

The Workmans were another to receive the Duff seal of approval: "The new electric Workman has had a lot of thought put into it. Completely quiet, they are really comfortable and have little extras like phone chargers and places to store bits and bobs. While they are not in constant use, we were getting about two days out of a single battery charge.

"We currently have a fleet of utility vehicles which is not Toro, but we will certainly be changing it to be so," revealed Stewart.

With modern-day equipment providing putting surfaces as close to perfection that nature will allow, that European Tour 59 won't be too far away. Perhaps Stewart won't be too unhappy if it does happen on his beloved Gullane!