0 Toro more than up for the job at Upminster

It was word of mouth and recommendations from nearby customers that saw Upminster Golf Club opt for Toro irrigation. 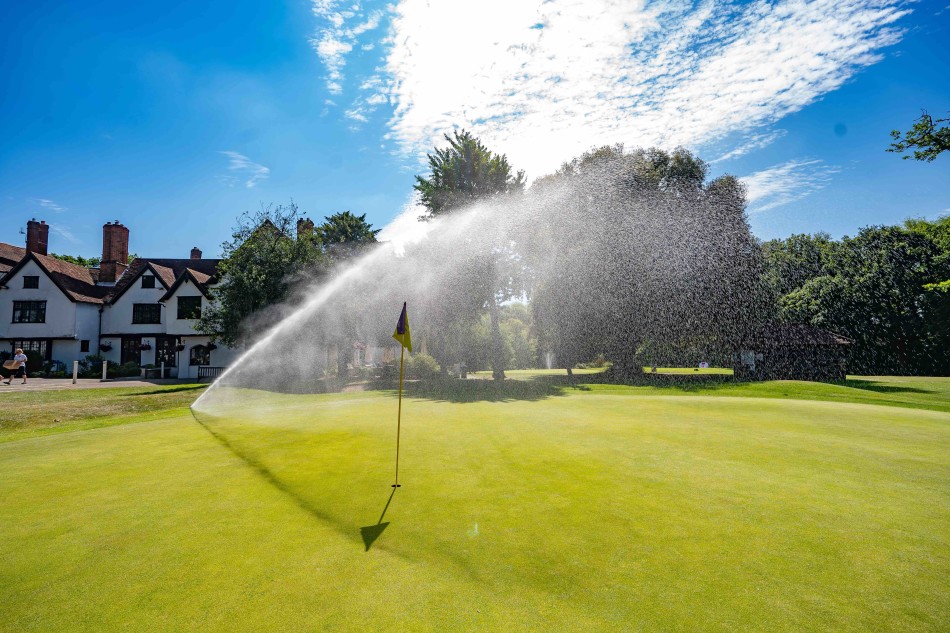 When Andy Cracknell assumed his new post as course manager at Upminster Golf Club two years ago, one of his first projects was overseeing the installation of a new irrigation system, all he had to do was choose who to go with.

"By the time I came on board the decision had been made that the system needed to be replaced but it had not yet been decided who would be best to deliver on our objectives, which included a high degree of control to advance the turf quality on the fairways and approaches in particular."

And it was fellow golf clubs in the vicinity of the club in Essex that made a potentially difficult decision straightforward, says Andy: "Some neighbouring clubs in the M25 area were using Toro irrigation and getting great results. The ground here is London clay and can be particularly difficult to work with, which meant I paid close attention to their experience using Toro irrigation, mainly the Lynx central control system. Everyone was raving about how effective it was."

This is thanks to the level of control the Lynx system offers, as well as the option to choose sprinklers such as Infinity that can be accessed from the top down to prevent the messy, difficult and time-consuming process of digging up the sprinkler body for maintenance and servicing.

Clay soil needs to maintain a steady moisture level - if it gets overly wet or dry it's easily damaged when dug up or walked on - hence the reason why Infinity sprinklers appealed so much to Andy.

"It was so important to have a system that offered us the ability to irrigate specifically to our soil's unique needs," he says. "We had moved past the point where it was okay to be irrigating in units of minutes, we needed to get down to the millimetre. When treated in the right way clay-based soil has the potential to be really fertile and we're starting to see the positive difference this level of control is bringing to the quality of the soil.

"We have 150 Infinity sprinklers on the greens, surrounds, approaches and three of the fairways and there's just no comparison when it comes to adjusting in the field, they're so easy to use."

The club also has T5 and T7 sprinklers fitted to specification on the tees and because says Andy "he wanted to keep everything all Toro".

Apart from ease of use and better-quality turf, Andy says the benefits for going with Toro don't stop there: "We've been using the system for seven months now and we're definitely making a saving on the amount of water we're using. We used to use about 70 cube of water a night on the greens but we're using around 30 now. When you're irrigating off the mains that's significant."

Hopefully though it won't be long until Upminster has a degree of self-sufficiency to its irrigation, as Andy explains: "We have a river we can do more with. It can certainly be turned into a feature as an aesthetic benefit to the course, but more importantly we can irrigate from it too. That's one of our next projects."

Upminster Golf Club's irrigation system was installed by Full Circle Irrigation and organised by Reesink Turfcare, the sole Toro distributor in the UK for golf and sports fields equipment and irrigation products, and Andy says "it's been an excellent experience. We've had four or five site visits from Cevan Edwards from Reesink and everything has been very smooth."