With its Centenary year on the horizon in 2020, Thorndon Park continues to invest in Toro to ensure it sees in its new century in pole position.

The 18-hole golf club in Essex has been using Toro since 2007 and its most recent order consists of three Reelmaster 3575-D fairway mowers and a Workman HDX-D. The machines joined an extensive Toro fleet at the parkland course which appears in the UK's Top 100 Golf Courses list. 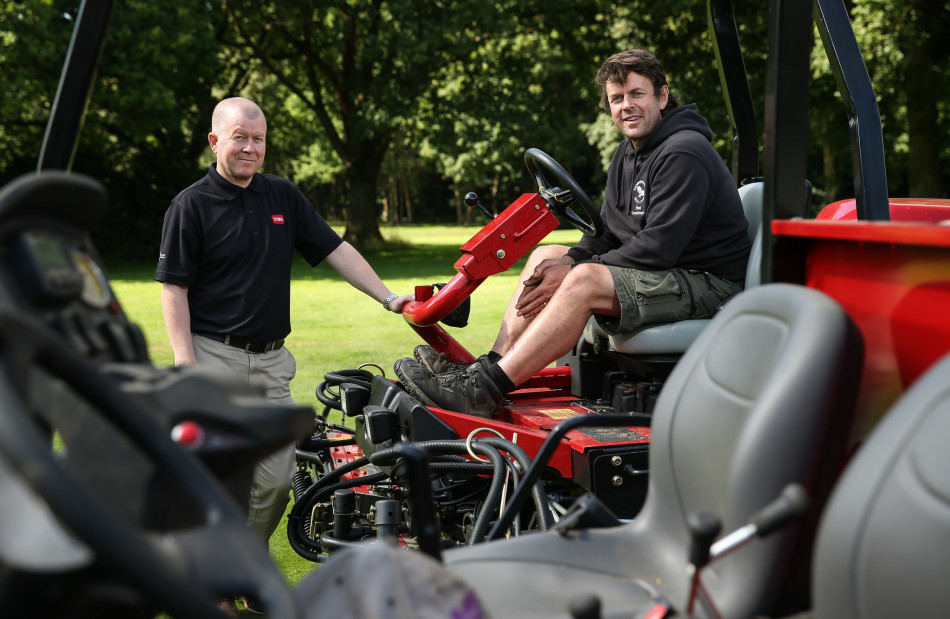 Robert George, course manager since 2005, says these machinery choices were made with preparation for the Centenary in mind. "This will of course be a big milestone for the club. Our members demand a high-level of presentation at all times and with the club's 100th anniversary coming up we may well make course alterations. The latest Toro order means we're almost 100 percent Toro, putting us in the best position possible to maintain the course and prepare for any additional jobs a big event such as a Centenary brings."

This the fourth Toro leasing agreement Robert has arranged, and he says it was the easiest of them all. "We have not had one issue with our Toro machines in all the time we've been using them, so this was an easy sell. In fact, this was the first time I didn't need to go through a competitor comparison, the management board went with my suggestions for renewing based on how well the brand has proven itself."

So, what led the decision for Robert to purchase three Reelmaster 3575-D fairway mowers? "Purely their speed," he says. "We can double cut the entire course inside four hours with the RM3575-D. We don't interrupt the golfers and it makes cutting the fairways an easy job for everyone."

This ease of use and nifty movement of the RM3575-D may have something to do with the fact that it is one of Toro's most lightweight machines, weighing 500lbs less than comparable four-wheel Toro mowers.

And while the quality of the machines has been evident in their reliability and the results they produce, Robert continues to remain impressed with the service and back-up he receives from Reesink Turfcare and rep Richard Freeman, saying he "can't fault" them.

Robert concludes: "My job is as much about the course condition and presentation as it is about customer satisfaction. With Toro I know that we will not only get the job done, but we will get it done efficiently and to the standards our discerning members expect."