by Izzy Cutler
in Machinery & Mechanics, Golf, and General Interest
on 06 Jan 2019 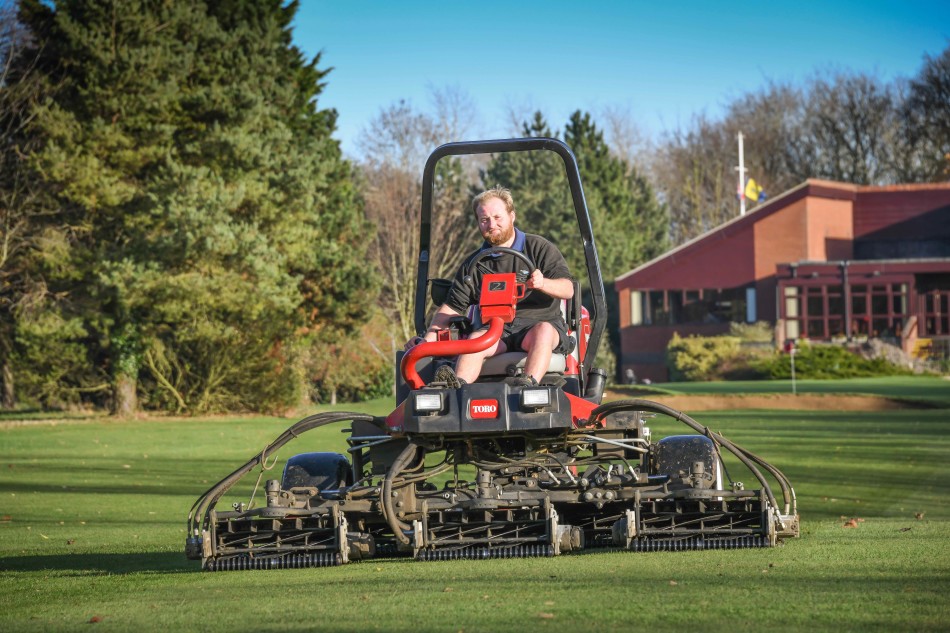 One of the club's new Reelmaster 3575-D's in action on the course.

Neil explains: "We're gradually replacing all of our old machines and the time had come to update two of our fairway mowers. They were continuously breaking down and we were putting money into repairs for machines that just weren't dependable, and we couldn't rely on to deliver what we needed. So, to replace them, we turned to Toro and bought two Reelmaster 3575-D mowers at the start of the year, and more recently we invested in another Greensmaster TriFlex 3400."

Even though Toro already makes up 90 percent of the greenkeeping equipment at the club, each machinery purchase is done on a case-by-case basis and Toro has been chosen again, predominantly for its reliability but also for the results it produces. "It's not a given we'll go with Toro the next time we update the fleet but from my experience it's highly likely! We base ourselves on hard work, so what we need are trustworthy machines. Everywhere I've worked throughout my career, there's been Toro, and for good reason. It consistently provides high-quality for a good price, and that allows us to do the best job possible with the budget we have."

After contacting Julian Copping from Reesink Turfcare who set up a demonstration, Neil and the team put the machines to the test. With the features of the Reelmaster 3575-D including a powerful 24.8hp diesel engine as well as smooth turf-friendly tyres to reduce compaction and damage, it was no wonder Neil and the team were impressed.

He enthuses: "I particularly liked the three-wheel-drive system on the Reelmaster, it allows for tight turns easily and the handling in general was great. In fact, the whole team loves to use Toro, it's easy to operate and whenever there have been any issues, they get sorted immediately. The service from Reesink is great."

When it came to the Greensmaster TriFlex 3400, Neil didn't need much convincing. "It's definitely one of the best machines I've ever used," he comments. "It has such good flexibility; the quick-change units make servicing the cutting units fast and easy. We've purchased a new model but we're keeping the old one. Toro is known to keep its residual value and this machine is proof of that, it's still in great condition with plenty of life yet."

The 27-hole course set as it is in parkland, provides not only a challenging game for its 700 members, but a challenge for Neil and the team to keep in top condition too, but with Toro in the shed Neil says: "Our members have all seen an improvement in the course since we've brought in more Toro machines, the results are clear and prove we made the right decision. I know I'm doing my job right by going with Toro and I can know I can trust them not to let us down."