by Rosie Duckworth
in Training & Education, Drainage & Irrigation, and Golf
on 09 Feb 2018

The Toro Student Greenkeeper of the Year Award, now in its 29th year, is widely known and respected in the greenkeeping industry for finding the most promising talent in the country, thanks to the support of the profession's college lecturers. 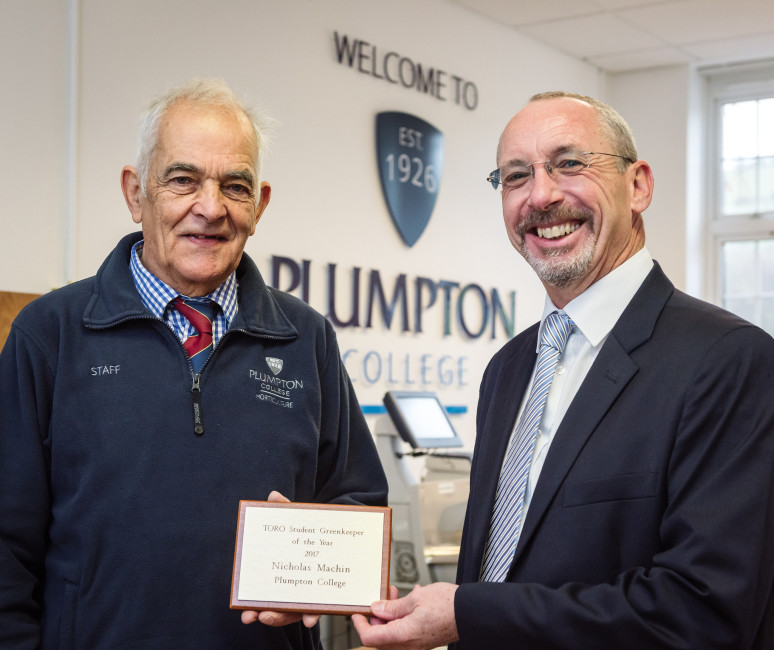 Here we speak to John Millen, sportsturf tutor at Plumpton College, someone who has witnessed firsthand the benefits of a student being nominated and winning the acclaimed award:

"I have nominated a student most years I have been a lecturer and that's more years than I care to remember! There are plenty of good reasons for this. To start with the award generates career interest and that's something I wholeheartedly support. I think more needs to be done to push greenkeeping as a viable career option and this is one way to do that.

"It's also a positive way to promote the college. It's important for students coming into college to see the success and recognition of their course peers and be confident that their college is going to support them too, in any way it can. I believe being consistently attributed to such an award as a nominator will attract more people to the course and college."

This year was the first year that the award had opened up nominations to employers, and having been a course manager himself for many years, this is a development John welcomed.

"I think of this industry as one big family; we all play a part in supporting the next generation, nurturing them and helping them achieve their goals. As such I don't think it makes a difference who nominates the student, it's just important that we all keep spotting the talent and not assuming someone else will."

In fact, this year's winner, Nick Machin, was nominated by his employer, the course manager at Royal Cinque Ports Golf Club, a decision supported by John as Nick's lecturer at Plumpton College. David Cole, managing director of the award sponsor Reesink Turfcare, reiterates: "This year's winner Nick didn't just prevail through his own efforts, but through the support of his employer and educators. Nick has benefitted from the excellent support of his employer and we are pleased to recognise Plumpton's important influence on his career to date. It's a successful combination."

Not only has John been a lecturer and a course manager, but he was also chairman of the British and International Golf Greenkeepers Association (BIGGA) in 1994, so it goes without saying that anything developing the profession of greenkeeping is a good thing in his eyes. "Education and training are paramount in any industry, no matter whether you are fresh out of college or, like me, decades into your career," he says.

With the paid-for prize of a scholarship to the University of Massachusetts, which consistently ranks in the top 100 of The World's Most Innovative Universities, for the winner and a trip to the Golf Industry Show in America for the student and nominator, there's huge benefits at stake here, as John confirms:

"Having been to the show as a result of one of my nominations, I can vouch that it's an incredible show; the learning experiences, whether you are a lecturer or employer, are fantastic and well worth the application form!"