Duns Golf Club, an 18-hole parkland course established in the Scottish Borders in 1894, has recently taken charge of three new Toro machines, which join the existing fleet to maintain almost 100 acres of turf. And since the Toro trio purchase less than a month ago the undulating course is "really starting to impress", says club captain Derek Bates. 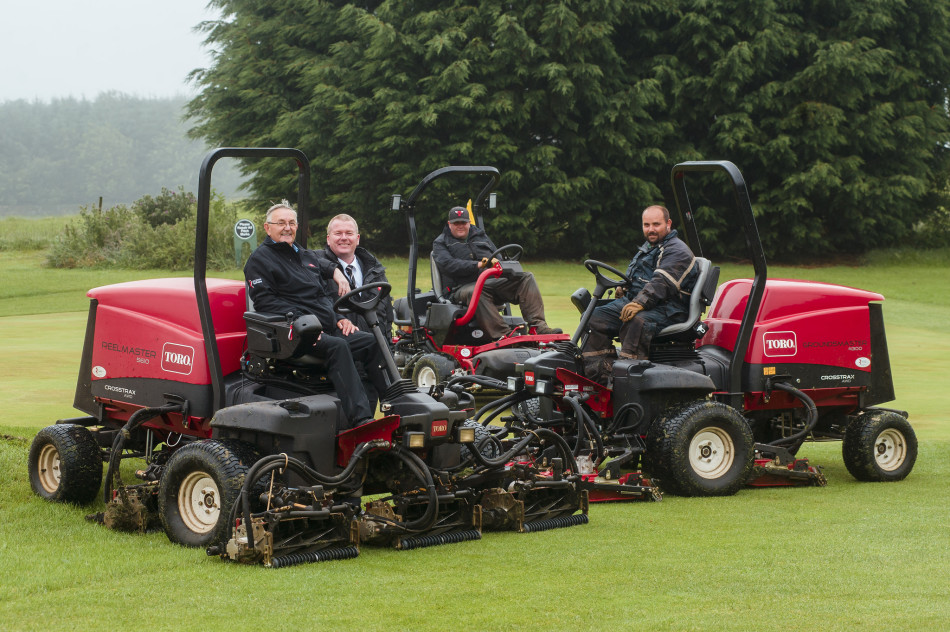 "The Toro machines were trialled over a number of weeks and it soon became obvious, from the response of head greenkeeper Andy Chambers and his assistant Stuart Thomson, that they ticked all the boxes," confirms Derek.

The machines purchased were the Reelmaster 5610-D, Greensmaster 3250-D and the "excellent" Groundsmaster 4300-D. Derek says: "The course which covers 97 acres with many undulations is really starting to impress now. The greens are the highlight of the course thanks to the Greensmaster 3250-D. They are immaculate and visitors are impressed with how fast and slick they are playing. The machine follows the undulations effortlessly, giving a consistent cut and climbs any hills with no problem."

And the greens aren't the only talking point, the fairways are also turning heads with some help from the heavy-duty Reelmaster 5610-D: "The fairway mower's DPA cutting units are giving a great after-cut appearance and visitors have compared our fairways to that of baize on a pool table," says Derek.

The final machine in the trio is the Groundsmaster 4300-D. According to Derek: "The greenkeepers use the GM4300-D to chew through the roughs with ease and report that, like the other Toros, it is very comfortable to operate."

Derek says the deal was made easy by Reesink rep Mike Turnbull: "After lengthy discussions with Mike, an excellent deal was struck. We considered the fact that the machines have low fuel consumption and brilliant residual sale values. Reesink and Toro provide a first class backup service, too, ensuring optimum performance and longevity. All these factors led us to believe that by choosing Toro the club has made the right decision for its future."

With visitors raving about the results provided by the new machines within a month, it clearly was a good decision.