by Damian Carrington
in Conservation & Ecology
on 15 Mar 2018 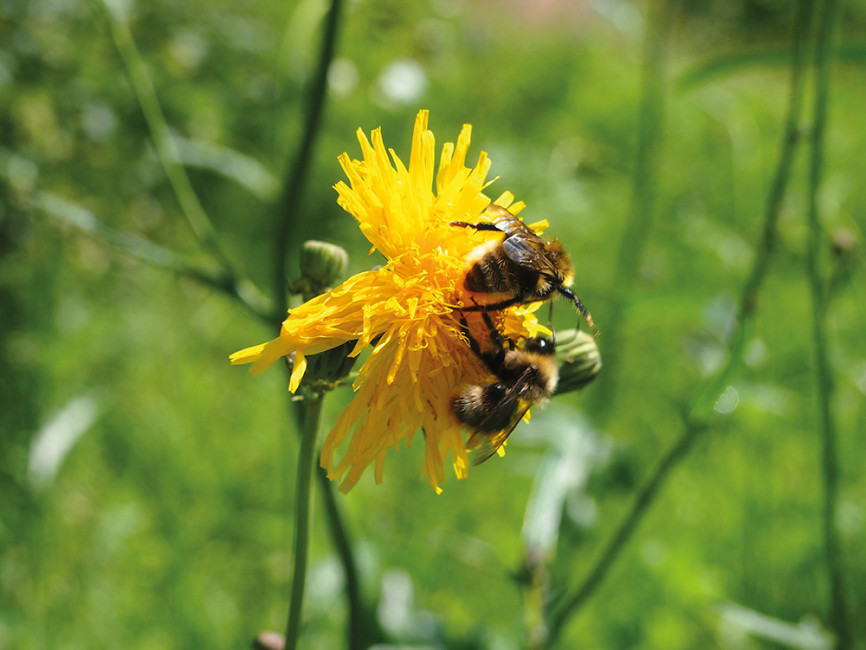 The world's most widely used insecticides pose a serious danger to both honeybees and wild bees, according to a major new assessment from the European Union's scientific risk assessors.

The conclusion, based on analysis of more than 1,500 studies, makes it highly likely that the neonicotinoid pesticides will be banned from all fields across the EU when nations vote on the issue next month.

The report from the European Food Safety Authority (EFSA), published on Wednesday, found that the risk to bees varied depending on the crop and exposure route, but that "for all the outdoor uses, there was at least one aspect of the assessment indicating a high risk." Neonicotinoids, which are nerve agents, have been shown to cause a wide range of harm to bees, such as damaging memory and reducing queen numbers.

Jose Tarazona, head of EFSA's pesticides unit, said: "The availability of such a substantial amount of data has enabled us to produce very detailed conclusions. There is variability in the conclusions [and] some low risks have been identified, but overall the risk to the three types of bees we have assessed is confirmed."

The EFSA assessment includes bumblebees and solitary bees for the first time. It also identified that high risk to bees comes not from neonicotinoid use on non-flowering crops such as wheat, but from wider contamination of the soil and water which leads to the pesticides appearing in wildflowers or succeeding crops. A recent study of honey samples revealed global contamination by neonicotinoids.

The assessment was welcomed by many scientists and environmentalists. "This is an important announcement that most uses of neonicotinoids are a risk to all bee species," said Prof Christopher Connolly, at the University of Dundee, UK. "The greatest risk to bees is from chronic exposure due to its persistence." Prof Dave Goulson, at the University of Sussex, said: "This report certainly strengthens the case for further restrictions on neonicotinoid use across Europe".