After 34 years, Clive Pinnock is retiring from Reesink Turfcare and the training department he helped develop, that is widely regarded to be the best in the industry. 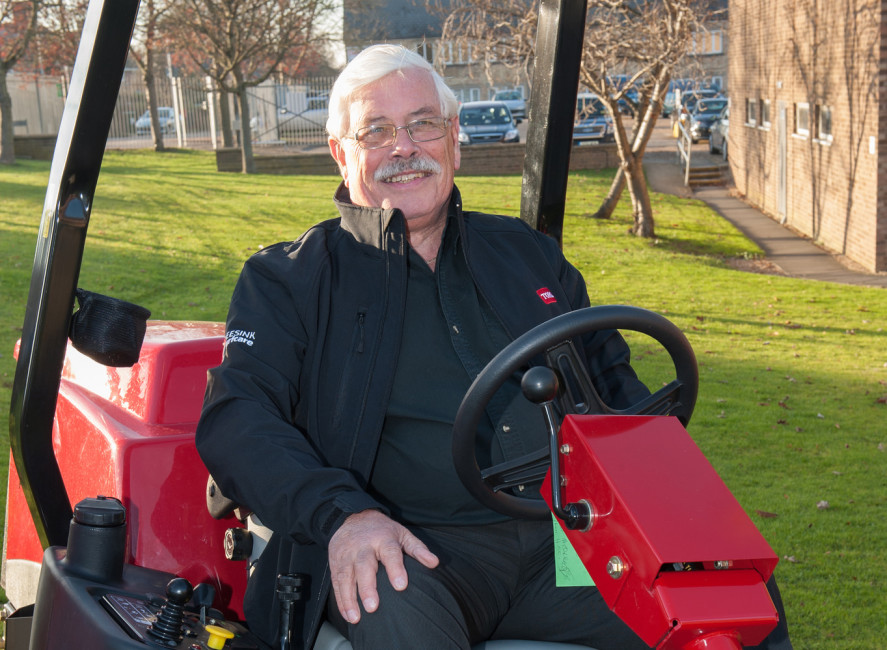 Clive trailblazed his way through the industry he loved and will be much missed, not only by employer Reesink, but the industry, says turf equipment aftermarket manager at Reesink, David Jackman.

"Clive has been instrumental in helping us grow the company to where it is today," he says. "He's been an ambassador not just for us as a company, but The Toro Company too, and has passed his wealth of knowledge onto so many of our customers, employees and distributors."

Clive has worked with Toro products for 34 years, he explains: "I started at Lely, as it was then, one year after Lely became Toro distributors for the UK. As the only product specialist for the aftermarket service team for 12 years, I was responsible for supporting dealers and customers in a technical and product support role for the south of the country and Europe."

When Clive turned 65 he decided he didn't want to retire, but equally didn't want to be driving around the M25 so much, so it was agreed he would move into the training department in Reesink's head office in St Neots, which is where David takes over the story:

"It was the perfect solution for Clive, and us. We kept Clive's product knowledge and training ability, and we had somebody that customers and dealers knew and trusted delivering our training. There are four people in the training department now, delivering nine training courses - that's one of the biggest selections from a distributor - and Clive has been a big part of building that success."

In fact, Clive has been quite the training trailblazer since his move into the training department. He was first in the turfcare sector to achieve a level four in the Landbased Technician Accreditation scheme (LTA), which is one of the highest training accolades there is. Clive completed all his training through Reesink, which was recognised as an assessment training centre in 2016, because, he says: "I wanted to add to my practical experience with the training qualifications I strongly believe in, so when Reesink was made a training centre it made absolute sense to go through the training pathway, and it was a great experience."

David concludes by saying: "Clive has been an inspiration, his passion for learning and sharing his knowledge was evident in how he delivered our training; it was always with such enthusiasm attendees couldn't help but be motivated.

"What I'll remember about Clive is his knowledge and ability to recall things, especially when it comes to the older products. You can ask Clive a question regarding a machine that was made in the 1990s and he's able to list all the modifications or upgrades that were carried out on the machine, what cutting units or deck option had been fitted, and so on - Clive could retain it all! How do you replace that? You can't, it's irreplaceable."

But what you can do is leave a legacy, like Clive, in the form of all those he's trained.