by External source
in Conservation & Ecology, Parks & Gardens, and General Interest
on 02 Dec 2018

0 Tree planting in UK 'must double to tackle climate change' 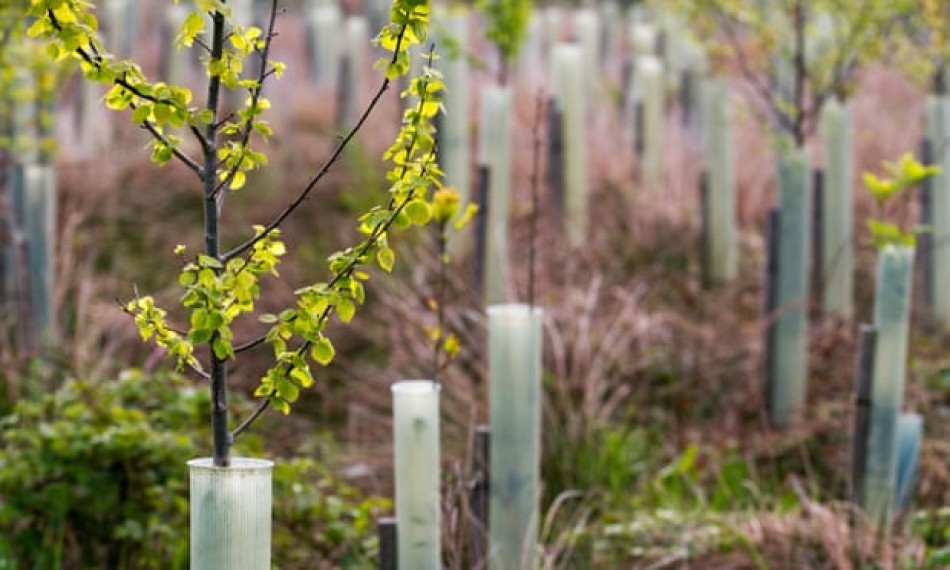 Tree planting must double by 2020 as part of radical changes to land use in the UK, according to the government's advisers on climate change.

New forests would lock up carbon but also help to limit the more frequent floods expected with global warming.

The Committee on Climate Change (CCC) said land currently used to produce food would need to be converted to woodland, growing crops to produce energy and for new homes to accommodate the growing population. Up to 17% of cropland and 30% of grassland could be converted, the report says.

Protecting and restoring peatland, a huge store of carbon, is also vital, as is ensuring no food waste went to landfill by 2025, but is instead used to generate energy, it adds.

The CCC said that for decades food production had been rewarded with subsidies ahead of other public goods that land could provide, but that Brexit provided an opportunity to reward landowners for helping to fight climate change and its impacts as well as supporting wildlife.

"The incremental changes seen in the past to how we use land is not enough," said Chris Stark, the CCC chief executive. "There is a window now to have a more radical policy."

He said intensive farming and global warming were damaging soil and wildlife. "The land is suffering," Stark said. "We are not saying farmers need to go out of business, we are saying that we need a different approach which is equally [profitable] if government policy supports it."

The environment secretary, Michael Gove, said in January: "After a transition, we will replace [subsidies for owning land] with a system of public money for public goods."

You can read the full article here