Significant rises in tree planting in the UK "need to happen quickly" if other targets to cut carbon are not met, government advisers have warned. 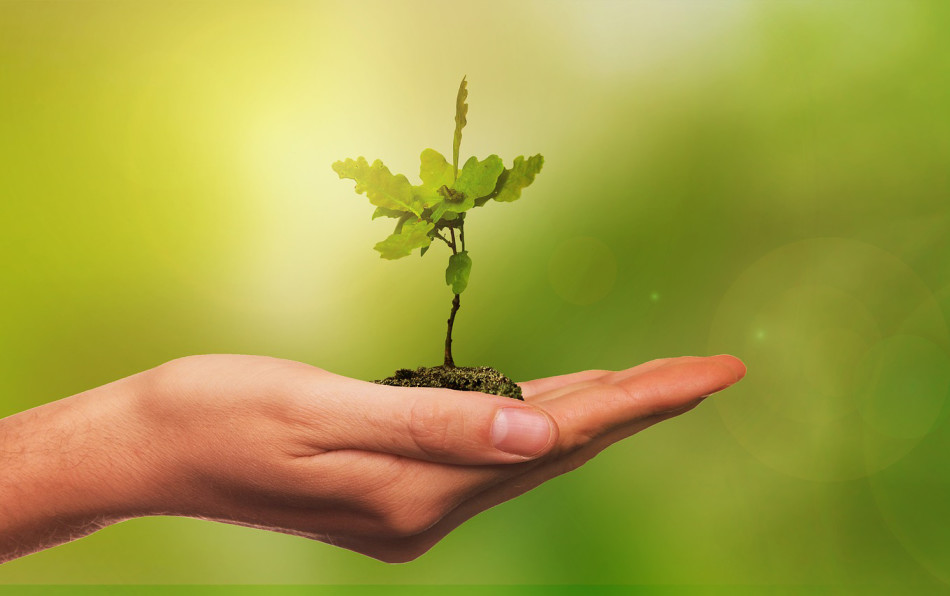 The Committee on Climate Change (CCC) recommends 30,000 hectares of woodland should be planted annually, more than double the new trees planted last year.

And it said this may have to rise to 50,000 hectares if other carbon reduction targets are not achieved.

The government said it planned to "rapidly grow forest cover".

It has signed up to the CCC's goal of the UK of cutting all greenhouse gas emissions by 2050 - so-called net zero.

The committee - made up of experts in science, economics, and business - said this required woodland to increase from 13% of land in the UK to 17%.

Charity the Woodland Trust said this would be equivalent to about 1.5 billion new trees and that future generations would be "let down" by poorer air quality and rising "urban heat" if the committee's targets were not met.

How much more woodland should be planted?

This is equivalent to filling more than 46,000 standard football pitches or a space about three-quarters the size of the Isle of Wight every year. 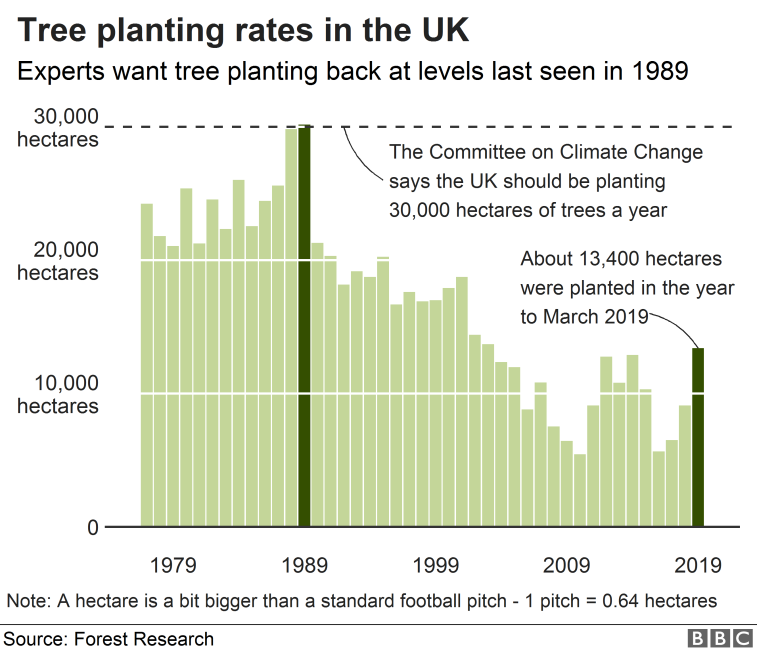 Ewa Kmietowicz, the CCC's transport and agriculture team leader, said: "The government needs to develop a strategy to meet the 30,000-hectare target and it needs to happen quickly."

However, the CCC said tree planting may need to increase further - to 50,000 hectares per year - if other sectors of the economy including industry and transport do not reduce emissions enough.

Ms Kmietowicz added: "It takes time for trees to grow and absorb carbon. There are many high upfront costs to planting trees."

"The government needs to get farmers engaged in this."

The CCC said it had not worked out the point at which tree planting may have to increase to 50,000 hectares per year but "it would depend on all that is happening across the wider economy".

Although planting has increased in the past four years, the last time the UK planted 30,000 hectares of trees in one year was in 1989, as the timber industry pushed to increase the country's lumber supply. 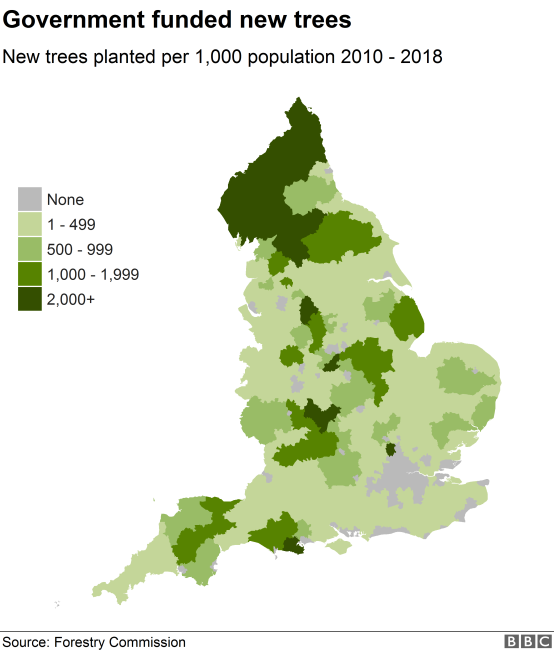 What is being done to encourage new planting?

Landowners in England can apply for up to £6,800 of funding per hectare of land for planting projects and another scheme providing £10m for 130,000 "urban trees" in towns and cities has been announced.

Andy Howard, who runs a company that finds places for new woodland, found it was easier to get approval in Scotland than in England.

The 47-year-old said a project in Scotland took 10 months to gain approval, while a similar initiative to plant 600,000 new trees in Doddington, Northumberland, was "utterly painful" and took two years to approve.

"There's often significant pushback from the Forestry Commission on the visual impact of woodland on the landscape," he said.

The Doddington North Moor site, near Wooler, will be used for mountain bike trails and education as well as timber supply.

Mr Howard said woodland was a "safe, growing investment" which would take about 20 years to return when trees are cut down, the timber sold and replacements planted.

Stuart Goodall, the chief executive of Confor - which represents the forestry and sawmilling sector across the UK - said applications for planting could be "bogged down" for years.

The Department for the Environment, Food and Rural Affairs (Defra) said the minimum planting site size had been reduced from 30 hectares (300,000 sq metres) to 10 to encourage people with smaller plots of land. The scheme is open to applications all year round.

There are separate schemes for land in Scotland, Wales and Northern Ireland.

About 15 million trees have been planted in England with government funding between 2010 and 2018 - but rates vary widely and many urban areas did not have any.