Dudsbury Golf Club, in the Ferndown area of Bournemouth, is in the middle of a five year programme to rebuild all of its bunkers using the EcoBunker artificial edging solution. 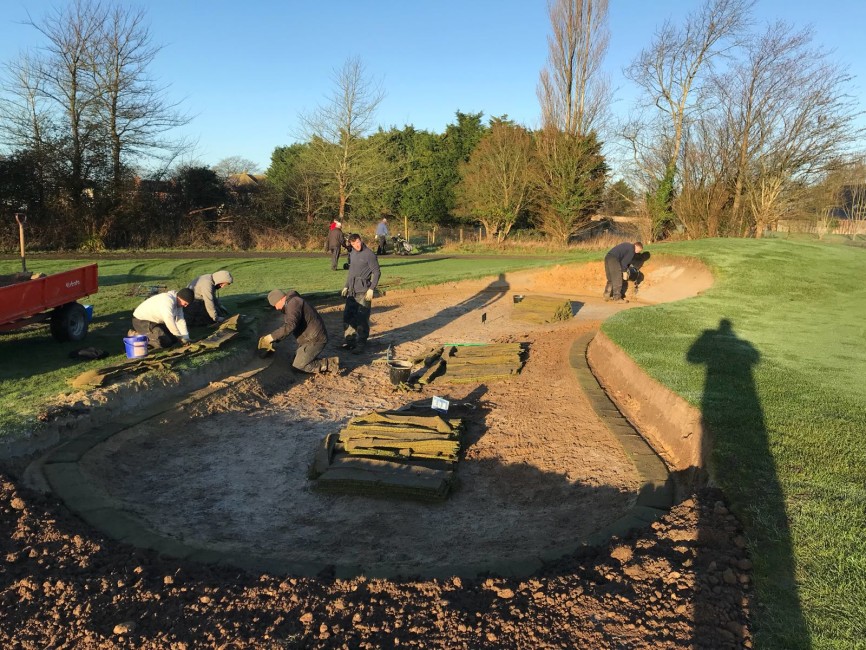 Dudsbury was originally designed by the well-known architect Donald Steel, and is part of a hotel and spa complex. The facility was bought a few years ago by local couple David and Beatt Braban, who have striven to make it one of the best courses in the south of England. David died in February this year, but Beate continues to drive Dudsbury forward and is investing heavily in new facilities.

"Dudsbury first approached us in 2016," says EcoBunker chief executive Richard Allen. "At the time, the course had bunkers with sand faces and no lips. You could putt out of them, and some members did. They suffered from sand wash down, edge erosion, sand contamination and resultant drainage problems.. We proposed reducing the sand gradient and introducing our product as a low edge, and protecting the underlying drainage by introducing a bunker liner."

"Our bunkers were a maintenance nightmare," says course manager Warren Moss. "My crew consists of four qualified greenkeepers, two part timers and one apprentice, and every time we had a downpour practically the whole team would have to spend hours and hours pushing sand back up the faces. We saw the EcoBunker product at Royal Winchester, and decided to give it a go." 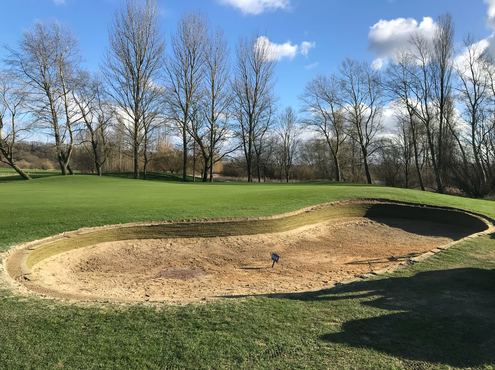 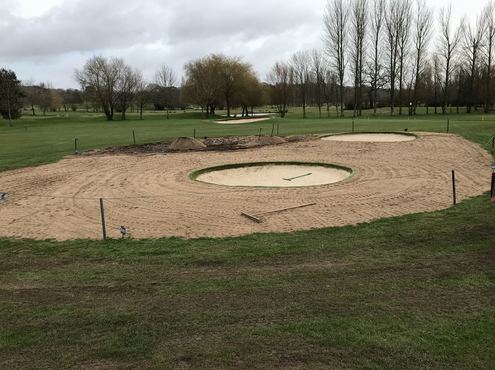 EcoBunker construction specialist Llewelyn Matthews spent time at Dudsbury showing Moss and his team how to construct the EcoBunker Advanced edging solution, which binds the artificial turves with engineered backfill to produce greater stability - something which is of particular importance for shallow-walled, low edge installations like this, since, as they weigh less, there is less gravity-driven stability. "Llew did two bunkers and we did two more ourselves," says Moss. "They performed so well we decided to do ten more last winter, we'll do another ten this winter, and in five years or so we'll be entirely EcoBunkered. The synthetic edge, combined with the astroturf liner that we have adopted means that our bunkers are totally sealed. They drain now, there's no wash downs, and we hardly have to do any weeding or strimming around them."

"When building the initial bunkers, we took a conscious decision not to get too elaborate with the edge shaping," says Allen. "The course was not designed with that style in mind, and it was important that we didn't replace one set of maintenance issues - crumbling edge, sand contamination - with another burden of strimming and fly mowing. It was important that Warren and his crew could mow around these bunkers using ride-on mowers as far as possible. I'm always happy to get involved in one of these low-edge projects. Our product has become associated with links-style revetted pot bunkers, but we know it works great in a much wider range of circumstances, and it's very pleasing to get confirmation of that."

Dudsbury will host a Europro Tour event in 2019