by External source
in People and Cricket
on 23 Nov 2019

Oxfordshire cricket is mourning the death of one of its most loyal servants. 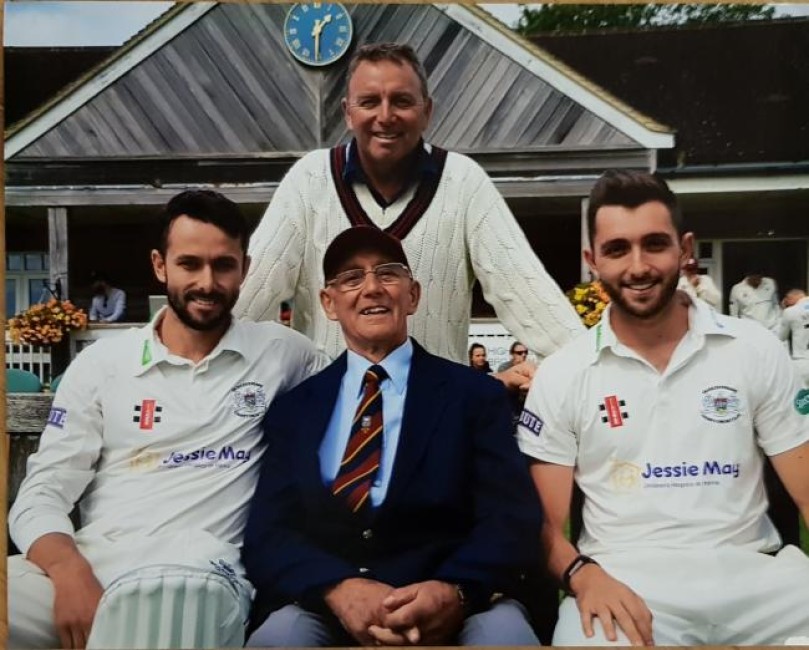 Gordon Taylor with his two grandsons, Jack and Matt, and son Kevin (back), at the 2017 Great & Little Tew President's Day

Gordon Taylor, 80, was president of Great & Little Tew Cricket Club and was involved at the club for more than sixty years.

He played for the west Oxfordshire side from 1952 and was captain for 27 years, while he also represented and led Oxfordshire at over 50s level in the 1980s and 1990s.

Gordon was groundsman at Tew from 1956, spending countless hours tending to what became one of the county's truest pitches.

The ground is now called The Taylor Oval in recognition of his commitment.

"His passion for cricket at both senior and junior level was unrivalled, he was Tew through and through. We will all miss him terribly."

Oxfordshire's Minor Counties captain Jonny Cater called Taylor a 'true legend', adding: "Gordon was an outstanding individual with so many qualities which others could only dream of having."

"He always had time for me and the boys at Oxfordshire Cricket."

You can read the original article from the Oxford Mail HERE