Tributes have been paid to a popular football groundsman who has lost his battle with cancer, aged 87. 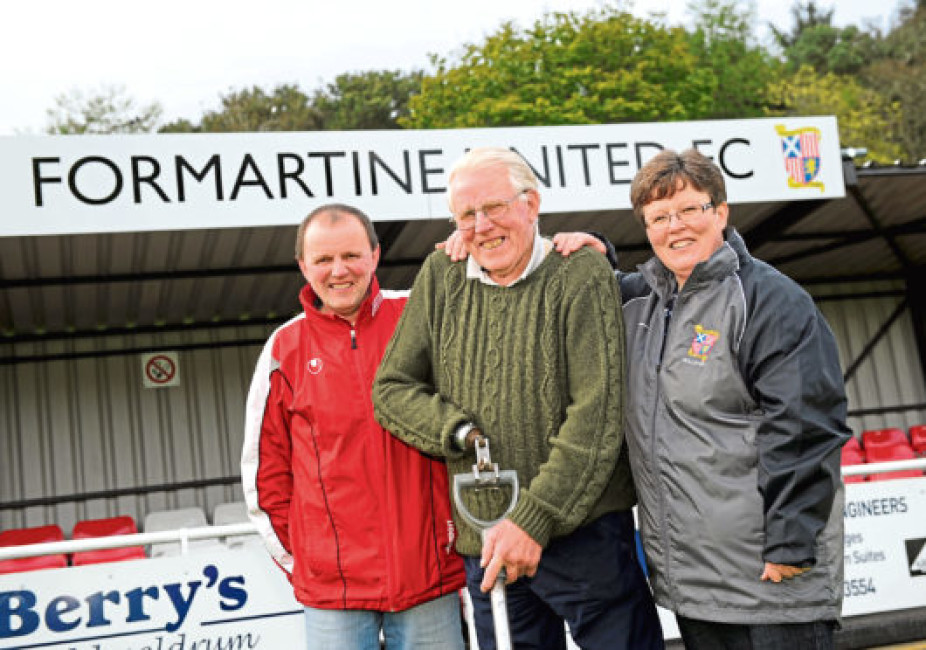 Adam Grant, of Tillymaud, near Udny, gave his tender loving care to the North Lodge Park pitch at Formartine United for more than three decades - despite losing a hand in a tragic farm accident, aged 31.

For his many years of dedication to the community, Adam was awarded the MBE in the Queen's honours list in June 1996.

He travelled with loved ones to a Buckingham Palace garden party in 1997 - one of his proudest moments, said his son, Colin.

According to Colin, another of his dad's best memories was enjoying a day out at the home of Manchester United for his 80th birthday.

"He wanted to go on the pitch to see if it measured up to North Lodge Park - like he had done with all the Highland League grounds - but he wasn't allowed as it was a match day.

"We still had a great day though," said Colin.

Mr Grant worked for many years as a farm grieve and suffered a horrific injury to his right hand in 1962 when it became trapped in a combine harvester.

After receiving medical care, he slowly recovered with the help of a false arm fitted with gadgets to help him work.

Colin said: "It was a horrible thing to happen, but my dad was extremely brave. The doctor gave him a scolding and said 'you have to live your life' and he went back to work."

His dedication was such that, aged 66, Adam was given an MBE in recognition of his services to agriculture in Aberdeenshire.

"He found out through the post and couldn't quite believe it," said Colin.

"Going down to the palace was such a proud day."

Upon his retirement in 1996, Adam turned his attention to tending land of a different kind, as a football groundsman. Colin said that, in an era of less high-tech equipment than now, his father would "beg, borrow or steal" machinery from farming contacts so he could keep North Lodge Park at its best.

He added: "The pitch was his pride and joy. He used to get irritated when players would do certain pre-match training drills and ruin the surface with their studs. He kept the pitch looking pristine."

As a huge Aberdeen FC fan, Adam travelled with Colin to Gothenburg in 1983 to watch them beat Real Madrid in the European Cup Winners' Cup final.

Adam passed on the groundsman role in 2014 and was sadly diagnosed with cancer earlier this year. He died at Roxburghe House on October 30.

"It's incredibly sad to have lost him, but I'm glad he is no longer in pain," said Colin.

His funeral took place at Udny Green Parish Church yesterday and a minute's silence is to be held before Formartine United's home game with Huntly tomorrow.