by Richard Silverwood
in Football and People
on 28 Feb 2019

Tributes have been pouring in after the death of the man known for many years as 'Mr Hucknall Town'. Eric Jackson, former player, secretary, treasurer, groundsman and mentor, "passed away peacefully" on Monday night at the age of 84 after a long illness, the club says. 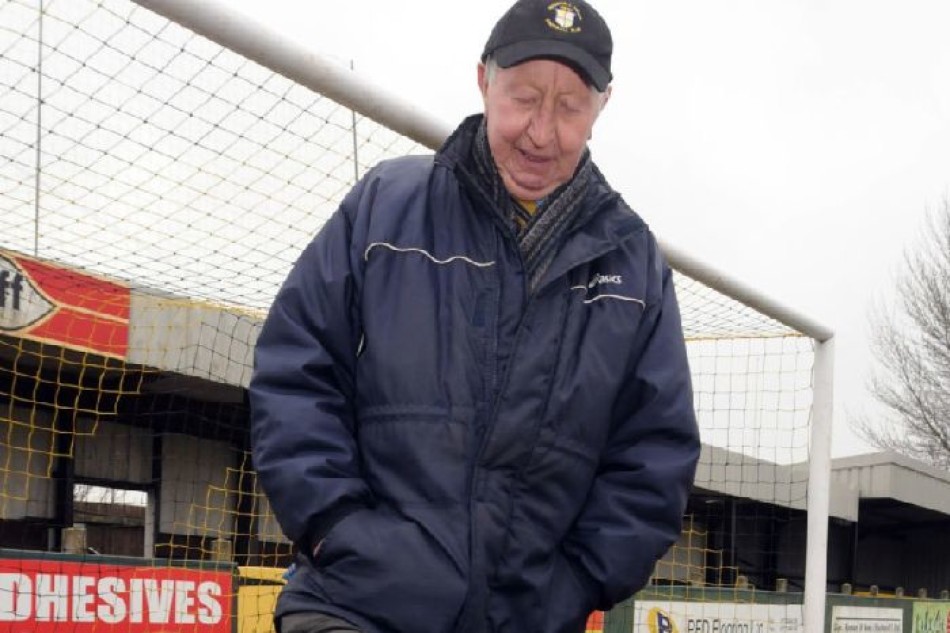 A much-loved character, Jackson dedicated much of his life to Town and oversaw the club's rise from humble amateur beginnings to one of the major non-league forces in the country.

Chairman Bob Scotney said: "Eric was associated with Hucknall Town for almost 70 years. He ate, slept and breathed the club, and undertook every role imaginable.

"He was the epitome of a true gent, and lived his life with kindness and compassion."

Jackson joined the club in the 1950s when Town were no more than a pit team. He himself worked at Hucknall Colliery as a fitter, and he soon became club secretary.

After the pit closed in 1986, Jackson was instrumental in the club's transition from Hucknall Colliery Welfare to Hucknall Town and the switch from the Notts Alliance to the Central Midlands League to embark on almost 20 years of meteoric success.

Jackson himself stepped down as secretary in 1991, to be replaced by Brian Scothern. But he remained closely tied to Town in various capacities, lapping up the glory years when Town were champions of the Unibond Northern Premier League in 2004 and then reached the final of the FA Trophy at Villa Park.

Brian Holmes, chairman at that time and now club president, said: "Eric was like a grandfather to me. He welcomed me to the club, gave lots of good advice and was a wonderful man.

"Jackson, who never married, lived most of his life on Florence Street before later moving to Beauvale Court. He became a familiar sight in Hucknall on his bicycle, and enjoyed nothing more than a pint and a game of dominoes, while picking out his racing tips, at the club's Talk Of The Town social club.

Facebook has been deluged with tributes, many describing him as "a legend and a gentleman". But one of the most heartfelt eulogies has come from Ted Mullane, former Town manager and friend of Jackson for almost 50 years.

"Eric was one in a million," said Mullane. "He was like a second dad to me when I moved to Hucknall, and was loved and respected by everyone who knew him."