by Tom Scargill
in Industry News, Bowls, and Football
on 21 Sep 2019

0 Tributes have been paid to Mick Balmforth, a stalwart of the Spen Valley sports scene, who has died. 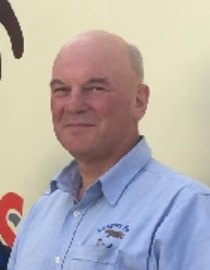 Tributes have been paid to Mick Balmforth, a stalwart of the Spen Valley sports scene, who has died.

Mr Balmforth, who died on Tuesday, September 10, had an association with Liversedge FC stretching back over 30 years and held the roles of secretary, groundsman and programme editor, amongst others.

He was also greenkeeper at Birkenshaw Bowling Club for 15 years.

Bob Gawthorpe, who knew Mr Balmforth for more than 50 years, said: "He was very quiet, he just got on with it."

"He was a very intelligent man. He liked being in the fresh air and the freedom of it, and was very happy doing what he did."

Mr Balmforth joined Liversedge in the summer of 1978 when the club was in the Yorkshire League, and immediately took over as groundsman, secretary and reporter for the Spenborough Guardian, a post he held for 30 years

He formally worked at Hillards Depot in Gomersal. When that closed, he worked for Kirklees Leisure Services but booked every Friday afternoon off to prepare the field for Saturday fixtures.

Mr Balmforth bought all his own equipment and machinery out of his own pocket to save the club money. This included several mowers and all the petrol.

As club secretary he was much admired by officials, referees and assessors.

You can read the original article from the Spenborough Guardian HERE