Bream Rugby Club's players, staff and followers are mourning the death of 'a true legend' and 'a 'top bloke' - Clive 'Mudger' James. 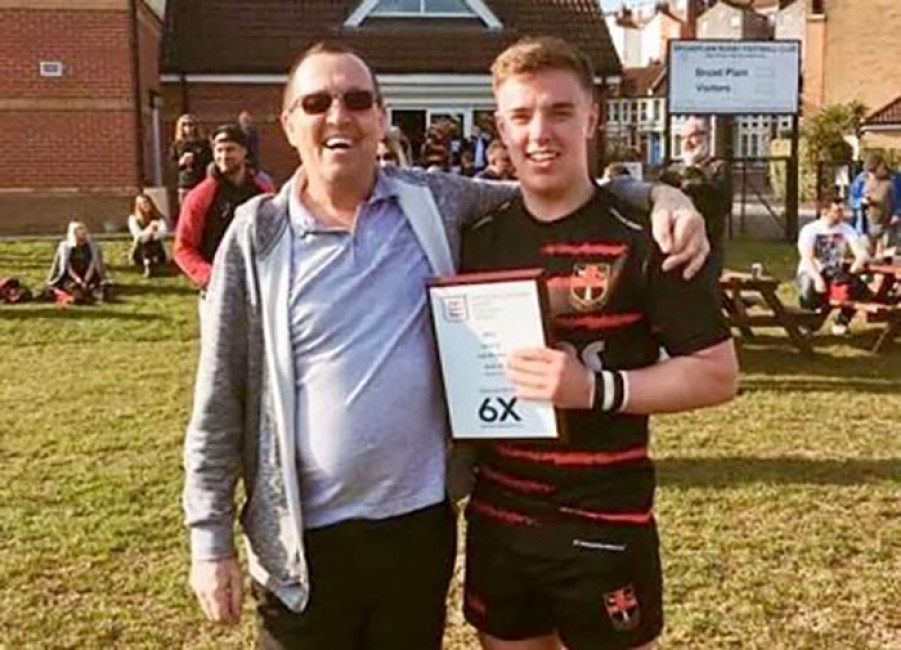 Since joining Bream RFC more than 40 years ago, Clive had taken on every role from player to captain, coach to treasurer and groundsman to 'the man that could fix any-thing'.

And in the week that club product Wayne Barnes - who Mudger once coached - was named World Rugby Referee of the year, club chairman Jon Havers said: "We all shed a tear when we heard the news of his passing.

"He was a great guy who will be sadly missed by everyone."

"In his time with the rugby club I think the only position he didn't hold was president," he added.

Clive, who passed away on October 22, was recognised by Gloucester RFU three years ago with an award for voluntary work with grassroots rugby.

"He had a gift for bridging the generation gap - for getting a young player talking with one of the senior club members about the same things," said Jon.

Trustee and former chairman Richard Gwilliam said Clive, who was in his 60s, had started playing for the club as a prop in the 1970s.

Later he became a coach and club steward and, in later years did everything from ground maintenance to working behind the bar.

"He was a big personality who was popular with everyone," he said.

"Rugby was his passion and he was very knowledgeable about it. He also enjoyed a political debate - and singing!"

Away from rugby, Clive and his wife Bev had been full-time foster carers for a number of years and raised three children of their own - Julie, Sean and David.

A Just Giving page with a £500 target for providing a pitch-side memorial bench reached nearly £2,000 in the first week, with many contributors posting moving tributes to 'Mudger'.

The club, announcing the news of Clive's death on social media, said: "The word 'legend' gets used too often sometimes, but Clive was a true legend at the club.

"But most of all he was quite simply just a top bloke, whose heart was 100 per cent dedicated to this club."

"Thank you for everything you did for this club."

"Today a huge part of Bream RFC is missing and will never be replaced."