Pitchcare was invited to Vanmac bv, manufacturer of the Trilo range of Blowers and Vacs, to view the range of machines on offer along with a sneak preview of the €1M investment in their manufacturing facility.

The company started out in 1932 and is now jointly owned by Leo van Loen (grandson of the founder) and Peter van Mispelaar (almost 'family' in that he was an engineer at the company). Their period of ownership began in 2008 and they have grown Trilo into a truly worldwide company with sales in over 40 countries - the UK being one of the first many years ago. Initially working through an importer, Peter took the decision in November 2015 to bring the UK in line with the rest of Europe by employing their own direct sales team. With some 24 years of combined experience of the Trilo range, Jon Proffitt and Jeremy Vincent were the ideal choice. They now split the UK north and south between them and, with the aid of a very comprehensive list of dealers, have overseen a revival of the brand with an impressive increase in sales.

In 2012 Trilo begun a concerted period of 'product re-think and redesign' to combine the introduction of modern manufacturing strategies to enable the introduction of even more competitively-priced products (blowers, verticutters, vacuum units/vacuum sweepers and flail collectors). At the time Peter was concerned that they had to reduce prices to remain competitive and didn't think that was possible with their existing product range and manufacturing processes.

Thanks to clever and attractive redesigns, that crucially have retained the product build quality ethos of rigidness and reliability, Trilo has managed to live up to its ideas. Product redesigns have centred around commonality of major components of the products to enable those cost reductions needed. In turn, this has led to many more options that the end user can specify on a given machine - so much so that an ingenious piece of software was designed by Leo - The Configurator - to aid sales staff and dealers; and ultimately the customer. 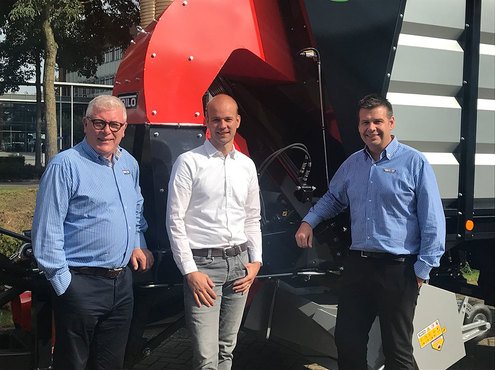 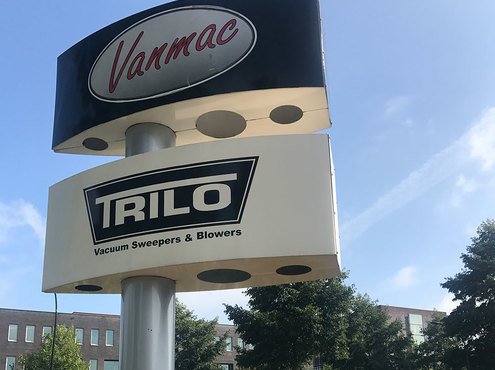 Being able to custom design an order has led to standard machines being a thing of the past with 'bespoke' becoming the order of the day. To be able to manufacture mainly 'bespoke' items the whole business model has been turned over to 'just in time' principles for the procurement of raw materials - helping those cost reductions needed by almost eliminating a costly inventory of stock materials. Controlling all of this has been aided considerably by 'The Configurator' as all potential or real orders are logged and graded (just quote - likely to order - firm order) so surprises don't occur. Every 'Configurator' listing is revisited and re-graded as necessary and, once becoming firm, can be slotted into the available production schedule and tracked - all available for the sales staff and dealer to see and the customer to be advised of.

Having achieved all that, they set out to do in 2012, the company now needs to gear up for the next period of growth. Just started a week before the UK Editors took the tour a €1M building and refurbishment of the production facility began. No section of the factory has been overlooked. A comprehensive re-layout of the production flow will be the result with automatic picking of minor parts coming in as well as new painting booths and offices - all to be completed by first quarter 2018. When finished, Leo expects to see efficiency improved by 25% and lead times down to 2 to 3 weeks.

It's ambitious, but judging by the evidence so far, who would doubt they will pull it off?

For further information contact John Proffitt on 07887 986818 or visit trilo.com/en