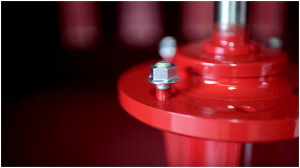 Trimax has announced that two of its popular rotary mowers - the Pegasus and the Procut, will now come complete with reduced maintenance spindles.

Somewhat of an operator's dream, these spindles offer extremely low maintenance and remove the tedious task of regular greasing. As such, costs are reduced and productivity is enhanced.

Sealed spindles have been a revelation in other markets and are commonplace in the automotive and locomotive industries. Rarely found in the groundscare industry, Trimax continue to set the pace by driving new mowing innovations.

Trimax first introduced the reduced maintenance spindle to its machinery three years ago after installing them in the popular Striker rotary mower. 2014 saw the launch of the Snake rotary mower which came complete with sealed spindles, and their resounding success has now resulted in them being incorporated into both the Pegasus and Procut. 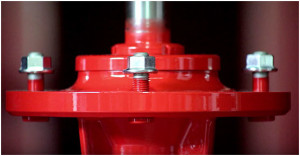 The highly versatile and robust Procut is renowned for delivering a cylinder-like cut in the toughest of commercial environments. Setting the benchmark for wide area mowing, the Pegasus is deceptively capable on undulating terrain thanks to impressive deck articulation and full width rollers which prevent scalping. Both models have been upgraded with the addition of the new SteadFAST Sealed Spindles.

As with every Trimax product, the spindles underwent rigorous testing and after passing with flying colours it was an easy decision to bring the spindles to market. Following the testing process; they were then trialled by customers in Trimax's birthplace of New Zealand. The feedback has been really positive from the local authority application so the UK and European markets are now also set to benefit from them.

Both the Pegasus and the Procut, with their newly acquired spindles, come with a three year warranty.