by Rosie Duckworth
in Drainage & Irrigation
on 27 Jul 2018

0 True innovation with every Toro renovation

When Toro developed its irrigation strategy, one of the early thoughts was longevity, so it should therefore be no surprise that Toro sprinklers dating all the way back to the 1960s are easily updated when clubs look to renovate their irrigation. 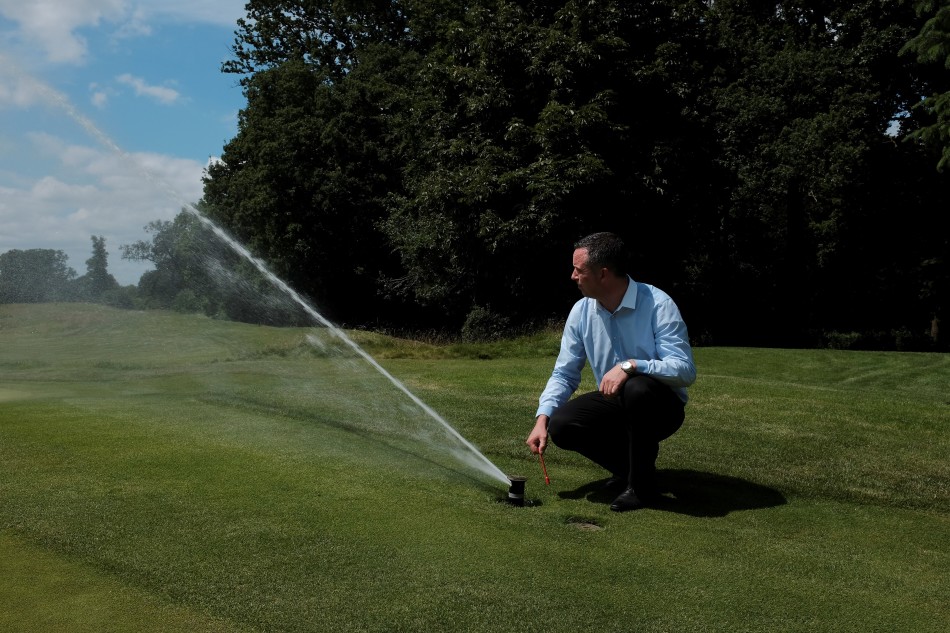 The existing sprinkler body is simply fitted with the latest Toro head technology not just replacing new for old, but for more precision, accuracy, efficiency and economy.

In the case of Toro pop-up sprinklers, the company's 600 series that launched in the US back in 1967, and 700 series first seen in the 1990s, can be easily interchanged with Toro sprinkler head conversion assemblies, in as little as 60 seconds! The same applies to the more recent DT series and 835 series, too.

And most of the time, says Reesink Turfcare, an official distributor of Toro Irrigation in the UK, these upgrades can be made without the need for mini-excavators and massive disruption. Infinity sprinklers for example have been designed to be upgraded from the top down with the Smart Access feature allowing future upgrades to be faster, easier and cheaper.

Plus, it's not just the sprinklers that can be upgraded, Turf Guard in-ground moisture sensors and Lynx control system software can be integrated into existing irrigation systems. Some have credited Toro's Lynx control system for example with bringing industry buzzwords 'interchangeable' and 'future-proof' irrigation to life.

Upgrading with Toro brings true innovation to your irrigation: every replacement sprinkler head brings with it design improvements - you aren't just replacing the casing, but addressing specific irrigation needs, such as arc retention to achieve a strict start-stop without unwanted movement, eliminating dwell points and subsequent pooling, ensuring even distribution.

A classic example of this comes in the form of Premier League football club Manchester City which upgraded its Etihad Stadium irrigation system in 2015 with the installation of 16 Toro R Series conversion assemblies. These were installed with new artificial turf covers around the perimeter of the pitch, alongside changing some of the nozzles in existing bodies to boost overall efficiency and optimise water use. A key point is that the original piping system was kept intact and that this cost-effective upgrade concentrated on the sprinklers and their internals.

The benefits this upgrade brought was the fact that there is now no dwell point at the end of each sprinkler arc, and the adjustable trajectories, which are particularly beneficial on a windy day, can be set to minimise drift from the spray.

Robert Jackson, irrigation field manager for Reesink Turfcare, says: "It is tempting to regard the updating of an irrigation system as something that can only be carried out by specialists, with disruption to play and revenues for months on end. In some instances that will be the case. An aging irrigation system could well be beyond economic upgrading, extension or repair. But what about a more recent system that is now starting to show its age; is a bit of an upgrade possible and worthwhile? With Toro, the short answer has always been a qualified yes."