0 Trump Turnberry has unveiled new enhancements to its Ailsa course

Trump Turnberry, located on the west coast of Scotland, has unveiled new enhancements to the iconic Open Championship Ailsa course, heralding a new era for the golfing landmark. Eric Trump recently visited the resort to view the new changes made by world-renowned course designer, Martin Ebert, and said, "The most recent enhancements to the Ailsa, and the wider golf offering at the resort, are a testament to the passion and commitment all of us feel towards fostering Turnberry's great golf heritage. We aim to ensure it remains a true icon of the sport, recognized and admired all over the world."

Long celebrated as one of the United Kingdom's most visually attractive and beloved courses, with breathtaking sea views and an iconic lighthouse, the Trump Turnberry team believes the recently completed improvements ensure it now also offers the very best test of golf.

Ricky Hall, Director of Golf, says: "It's crucial here at Trump Turnberry that we continue to evolve and stay at the absolute forefront in the world of golf. That is why we have put so much care and attention into the recent investment and improvements on the Ailsa. We've made strategic enhancements that ensure we stay true to what players love about the course, whilst keeping our edge and offering the very best playing experience possible."

The changes and investment were analysed and authorised by Eric Trump following a four ball match with the Trump Turnberry golf management team last summer. In addition to the changes on the Ailsa, further improvements were made to the Arran course, the driving range and new paths to the King Robert the Bruce course, all of which advance the playing experience. 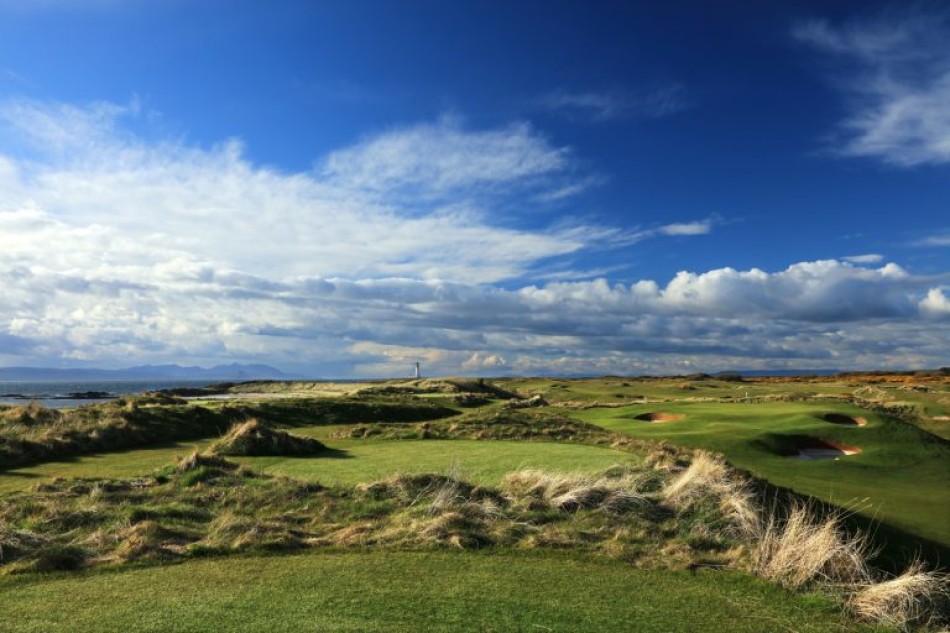 Ricky Hall goes on to explains the key changes to the course:

"After consulting renowned course designer Martin Ebert, our Director of Courses and Estates, Allan Patterson, suggested that there was an opportunity to raise the ninth green slightly and also extend the 11th green site. In the case of the 11th, rough vegetation was removed to expose natural sand areas and rocky outcrops, and a new greenside bunker was added. This resulted in both, these incredible par three holes being a much fairer test."

"The new par three ninth and the new par three 11th both require brave and accurate tee shots, but what has been found is that in summer, with the ball running fast, good shots to the green have tended to run through, rather than holding."

"The burn at the 16th hole has always been one of the most memorable features of the course. However, it has also always been problematic, being slow running, particularly in dry spells, choked with silt and requiring constant clearing. The new banking is handsome, the water runs fast over a concrete base and, with the introduction of three stone weirs, there is even the pleasant sound generated by the falling water. Improvements to the bridge itself complete the picture and offer a much enhanced feature."

"It is symptomatic of the attention to detail from the Trump Organization that local stone no longer in use has been sourced for the works, to ensure the look is in keeping with the locale, and that the stonemasons and constructors, who so successfully worked at Trump International Golf Links, Scotland, were commissioned to ensure the very highest level of construction and finish."

"Apart from the enhanced layouts and stunning new holes, a major factor is that areas of impenetrable rough have been replaced with either mown edges to the fairways or scraped to expose areas of sand-waste, which is virtually pleasing and makes the ball easier to find and play, whilst retaining an element of penalty."

"A fine example of this has been created between the seventh green and the eighth tee, where a large hollow of deep grass previously swallowed the errant ball, never to be seen again. A most attractive area of sand has now been exposed, allowing the possibility of a sand save."

The Ailsa is recognised as a global favourite for both amateur and professional golfers alike, and the Open venue is still famed as the setting for the memorable 1977 Watson/Nicklaus 'Duel in the Sun'.

Named as the number one course in Britain by major golfing publications year after year, professionals are also consistently complimentary, with Gary Player speaking for the golf greats when he said recently that it is "far and away" the best of the Open rota.