Back in the late 1960s ex-military man, Granville Morgan, had a vision to bring rugby to his hometown of Oswestry in Shropshire. To this day, the same community spirit and passion for the sport remains at the heart of the club, reflected in the dedication of its recently appointed president, Richard Hughes. 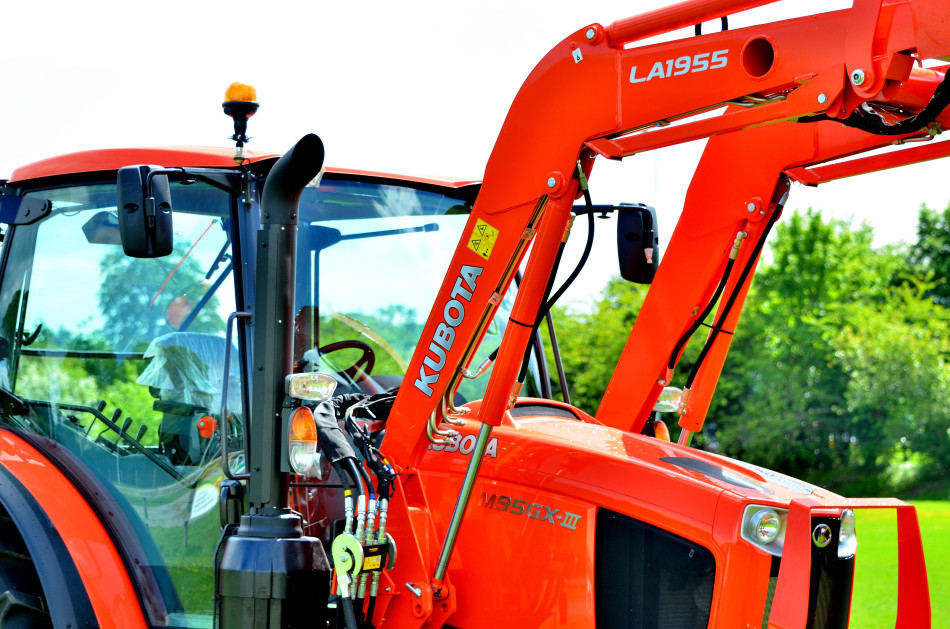 Having played for the club since he was just 18 years old, Richard remains a key influence, having transitioned from playing in the 1st XV to leading the groundcare maintenance of the club.

Set up in 1973, the Hughes Bros family business is now in its second generation, with Richard and his brother at the helm. The dealership has been supplying Kubota machinery to local businesses around Shropshire including Oswestry Rugby Club since 2012.

Due to the club having only two main pitches, consistent maintenance is crucial to ensuring they're kept to the highest standard. Richard uses Kubota's L4240 compact tractor for day-to-day maintenance, the Kubota M7060 utility tractor for mowing and the higher-powered, Kubota M135GX-III for aeration. The M135GX-III is also regularly used for drilling seed into the soil, helping to ensure that the drainage does not collapse and cause waterlogging. This is crucial to ensuring that the quality of the pitches stay consistent after both heavy rainfall and significant use.

Richard commented: "As the fields are subject to such heavy use throughout the season, our work using the Kubota machines is vital in making sure that the players can perform to the best of their ability.

"What makes the club so special is the way that the Shropshire community comes together, contributing wherever they can and this is where the work of Hughes Bros comes in. As the region is also home to a Young Farmers community, it's fantastic to see the contributions they've made to the club, such as helping to construct the driveway fencing."

With 258 under 18's, 100 men and 50 women, Oswestry Rugby Club's one training pitch and two main pitches are heavily used all year round. To support the increase in players, two new pitches are currently being prepared for next season so the club can facilitate the high demand of the local community. This will result in Kubota's leading groundcare machinery becoming even more crucial to the club's growth, by ensuring the pitches and the team continue to go from strength-to-strength.

Richard concluded: "With such a variety of Kubota machinery available to us, it gives us confidence that no matter what is needed, we are able to provide a first-class playing surface for the club and the wider community."

For more information on Kubota and its extensive range of solutions visit www.kubota.co.uk or call 01844 268000.