The grass seed harvest is underway and growers will be hoping that the weather conditions are favourable to complete the next stage of the production cycle. It's not just the weather that is the greatest obstacle. Producing seed to a standard that meets the increasingly exacting demands of the amenity and sports turf sector is a major hurdle for any seed company. This article highlights some of those challenges and what we can expect in the future.

All seed producing companies in the industry have to meet set minimum European Union (EU) standards, but these are not always suitable for certain sectors, such as turf production, high quality sports pitches or golf greens.

For most purposes, like general landscaping, the EU standard is absolutely fine. The problem comes when supplying seed into prestigious sporting facilities whereby the seed would meet EU standard but, under this standard, it can contain a range of problem grasses that would make a turf look very unsightly. Things like Yorkshire fog, brome grass, couch, annual meadow grass etc. are just a few.

In reality, EU quality seed can contain up to 2% of other weeds or 1% contamination of a single species (see table below), and only certain species have to be 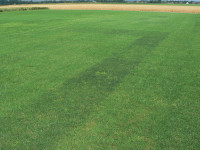 Turf Quality Standard (TQS) seed is a Euro Grass internal standard to produce seed that meets a very demanding specification, which is in addition to EU standards.

For many years, all kind of efforts have been made to out-manoeuvre Annual meadow grass (Poa annua), which is still the most common weed on earth, and it is a cultivar regulated within the EU certification rules. However, TQS is not only about Poa annua, but also about other crops and weeds; a search and declaration is made of all species found in the seed sample. For turf producers and grounds managers, this information is so important in selecting the right quality seed for producing clean turf. TQS1, for example, means the seed sample is free of broad leaved weeds and other grasses (also called 0/0 quality).

Complying with TQS demands of single varieties or mixture components requires careful planning. It is particularly important to:

- Select the right field for the right production. It is important to select fields with low weed pressure, rather than searching through records, hoping to find the right quality

- Select the right grower, who for extra payment, would be willing to do whatever it takes to reach the target - including hand weeding in some cases

- Ventilate and dry the seeds immediately after harvest

- Store the seeds under the right conditions 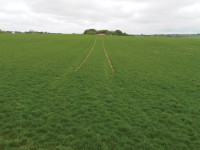 Analyse the seeds according to the ISTA rules (International Seed Testing Association). Euro Grass laboratories are ISTA accredited, which means faster result because the samples do not have to be sent to a third party

In Europe, seed production is a sophisticated and highly challenging business. Clean land and herbicide limitations can make it difficult to produce enough TQS seed.

Not an impossible task, but there is a marked increase in cost to reach these standards. TQS Poa pratensis is often produced in the US where they have fewer pesticide restrictions. The weather conditions can also be a little more predictable.

Euro Grass is, like most other serious seed companies, capable of meeting the current demand of TQS, but will it stay this way? Probably not in the respect of European grass seed production, for the follow reasons:

- Integrated Pest Management (IPM) legislated by EU dictates sustainable use of pesticides. As a consequence, some pesticides will disappear or be restricted significantly and some will become much more expensive 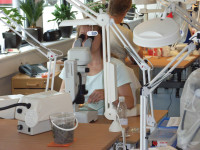 - Fertiliser use is already restricted and more restrictions are to be expected. In Denmark, there is now a tax on nitrogen

- For sustainability, it makes no sense to produce grass seeds in the US and spend money and energy transporting it back to Europe

What Can Breeders Do?

Breeding is a highly sophisticated and time consuming business. Our breeders are constantly looking to develop cultivars that possess key characteristic, such as high shoot density and rapid recovery from wear. These two features alone will increase the competitiveness of a cultivar to reduce the likelihood of weeds establishing. Vesuvius Lolium perenne and Linares Poa pratensis are well-known 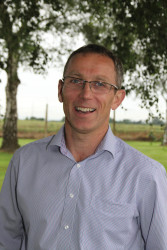 examples of very dense, wear tolerant cultivars that compete excellently against unwanted species. Up and coming new cultivars such as Lolium perenne Cordus and Eurosport will be even better. Their compact growth habit leaves less space for weeds like Poa annua to invade

Crossing, selection, testing and seed multiplication takes fifteen years before a new cultivar is ready for marketing. Luckily, we started our breeding ninety years ago.

How we see the future

We believe that sustainability and accountability for impact on the environment will play an even bigger role in the coming years. Consequently, it will be harder to produce seed to these higher standards. Depending on the European Legislation, it might even be a challenge to produce EU quality. The politicians will, ultimately, influence what is commercially possible for the seed producers in the future. Even agricultural food production is being challenged.

Our recommendations for the future

A fifty year pesticide battle against certain weeds seems to be lost - or, at the very least, unsustainable. With their long term breeding efforts, producers have already anticipated these future challenges. Turfcare professionals are becoming more aware of seed quality when making their purchase. The use of quality cultivars is the best option for producing attractive, high performance sports and lawn turf surfaces, if you agree that sustainability is the future priority. These types of cultivars may soon become the only option in the battle against weed grasses.