0 Turf triumphs over weather with TYM

The pitches at St Joseph's College are regularly inundated with students from all over the country for tournaments such as its annual rugby festival, and they are popular for good reason: in the past six years the college has only cancelled one weekend of sport due to severe frost. Brought onto the superb sporting facilities at St Joseph's College to maintain this streak is a TYM T433 compact tractor, which tows an aerator for relieving compaction and aiding turf health. 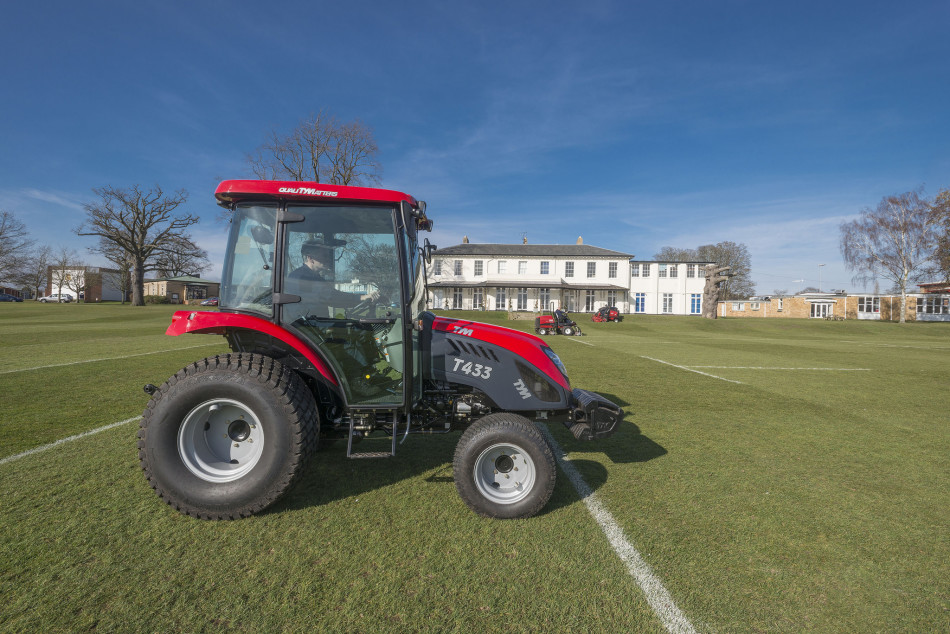 Head Groundsman, Peter Hamilton, opted for the T433 based on a demo and a fellow groundsman's recommendation: "We organised demos of the TYM with other tractors with similar capacities and horsepower, and the T433 shone through as the best. A friend also trialed some TYM tractors and his view was you get a lot of tractor for your money, they're efficient and good value for money - and that's what we're finding too. I would have no hesitation in recommending this machine to anyone else."

The TYM T433 tractor is the perfect choice for aerating the pitches and relieving compaction, as it's powerful enough to pull attachments such as a deep tine aerator without damaging the turf.

Peter says: "In the winter months the aerator doesn't come off the T433. As soon as conditions are right, which is normally around September, we aerate the rugby pitches every three weeks right through to the end of the season. This relieves soil compaction, prevents the ground from flooding and lets air, light and all the good stuff in.

St Joseph's rugby first team train and play hard - four times a week to be exact. With this heavy and frequent use, it's essential to relieve compaction, especially with the St Joseph's College Rugby Festival approaching.

The 30-year-old tournament brings the country's top 16 rugby playing schools and colleges together every October in one of the biggest school competitions of its kind. For this, there is of course pressure to get keep the turf in play and in the best possible condition.

The TYM T433, which was purchased as part of an order including a Toro Groundsmaster 3280-D and a Toro Reelmaster 5510-D, will do this by keeping the turf "healthy" says Peter: "The T433 will play an important part in Festival preparations by helping pitches to recover from heavy, daily use and giving them access to important nutrients.

"Meanwhile we'll be using the RM5510-D to cut the pitches every day in the lead-up to the event and we will even cut the pitches in two directions the day before so they look as good as professional rugby pitches."

Peter considers the T433 to be an investment for the future: "At the moment we solely use it to tow an aerator, but have plans to invest in a brush attachment for working in topdressing sand and for sweeping morning dew off the outfield in preparation for early cricket matches. We also opted for the T433 because of its towing capacity; when we eventually upgrade our aerator, the tractor will be able to pull a larger one with a 1.8 metre working width so we can cover more ground, faster."

On top of all this, Reesink Turfcare [sole UK distributor of TYM] gave great support too: "We have a good relationship with our local Reesink representative Danny Lake, who helped us arrive at a well-considered decision with the T433 and two Toro machines. Thanks to these machinery choices, I'm confident we will have pitches that the girls and boys can enjoy playing sport on all year round," concludes Peter.