0 Turfed out? Life as Wembley grounds manager in football's shutdown

Karl Standley was ready for a hectic period culminating in Euro 2020, but work continues at the stadium and from home 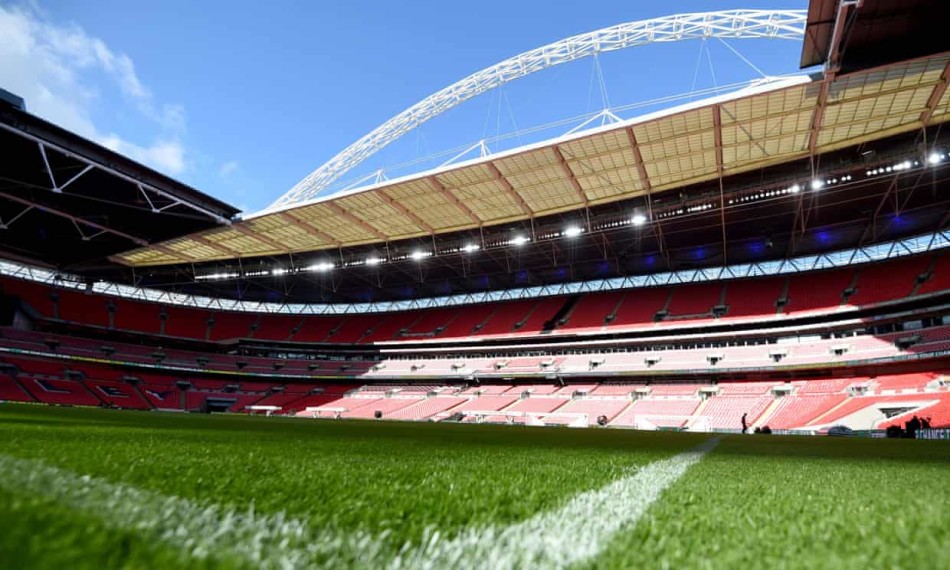 The new pitch at Wembley photographed on 27 February, just before its debut in the Carabao Cup final won by Manchester City against Aston Villa. Photograph: Kate Green for The FA

For Karl Standley and his team, the year's emotional high was supposed to come on 12 July. The Wembley grounds manager would have waited for the Euro 2020 finalists to finish their warm-ups and then, with the turf briefly clear, would have set to work one final time before kick-off.

"You're stood in the middle of the pitch and you've got four or five minutes to water it and make sure everything is good to go," he says, remembering past finals from his 15 years working at the national stadium. "There's no better feeling. You're there in front of 90,000 people doing the job you are so passionate about. It's a spine-tingling moment."

That moment has now been deferred for a year as Wembley, which had been gearing up for its most important summer since the venue's second incarnation opened in 2007, lies empty save for the skeleton support staff keeping things ticking along. Standley has split his staff into two smaller groups, working alternate shifts, in order to maintain the surface safely and it is fair to say nobody had this in mind during the winter months when they undertook Wembley's biggest pitch renovation in years.

The hybrid surface had its debut at the Carabao Cup final and would have been used 19 more times between the start of the Covid-19 shutdown and mid-July - taking in the March international break, the FA Cup semi-finals, the period Standley calls "Mad May" and seven European Championship games - but must now await its moment like everywhere else.

It is a problem groundstaff from the biggest stadiums to park pitches have had to get their heads around: how to manage their turf through a period of inactivity that could stretch to unprecedented proportions.

For some there was the hint of a blessing, because well-used surfaces were given a chance to breathe after a February that was the fifth-wettest on record. For Standley, the break is a chance to extend the "test-drive" phase for the Wembley pitch. He views it as yet another challenge, rather than a hindrance, but admits a sense of impatience. 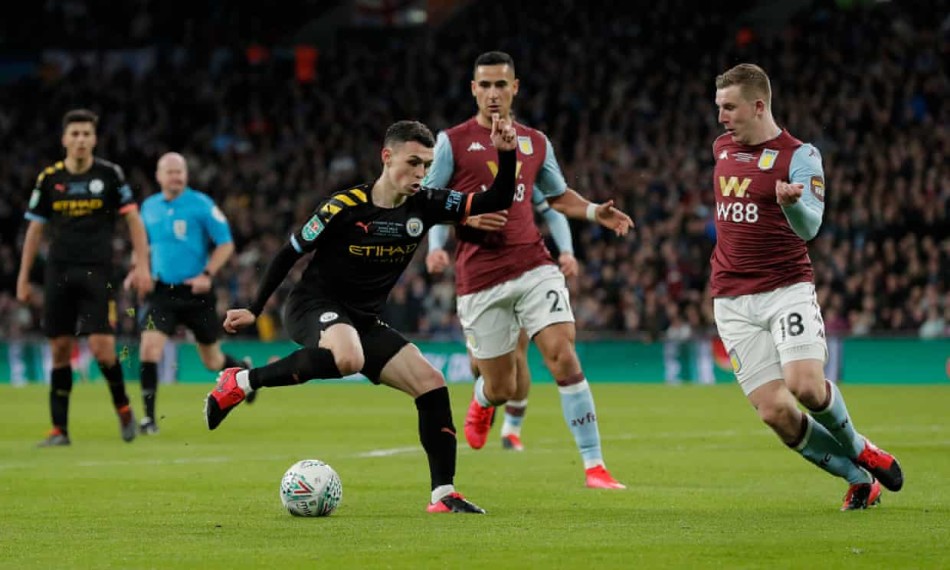 "I've got a new pitch and I'm looking to see it played on," he says. "Grounds managers will never admit that - they're usually saying they want to give it rest time or recovery - but with a new one you're just looking forward to using it. The pitch was in good condition at the first game and it had been grown in with artificial lights though the winter. Now we only have 20 metres of shade and the rest is natural sunlight so I'm very excited for the next game, whenever that may be."

For now, everyone has to recalibrate. Standley says it would take 20 unattended days for the 980m blades of grass on Wembley's pitch to begin deteriorating but he is able to apply a level of attention that makes that unthinkable. When not working at the stadium he can monitor from home variables such as humidity within the venue, moisture on the grass and oxygen levels in the soil, which itself contains fertilisers. Most of his peers do not have those options but the attitude throughout the industry has been resoundingly positive.

"Grounds managers are a resolute group and used to working in extreme conditions," says Geoff Webb, the chief executive of the Grounds Management Association. "I think we all took a sharp intake of breath in the first few weeks of new working practices but there's been a steely determination and a real can-do attitude.

"At more of a grassroots level it's hard, because sometimes you have one-man-band contractors and they simply can't afford not to operate. Taking an outdoors industry and telling them to stay indoors goes against every natural instinct they've got. It's tough but I think everyone has responded in a really responsible manner." 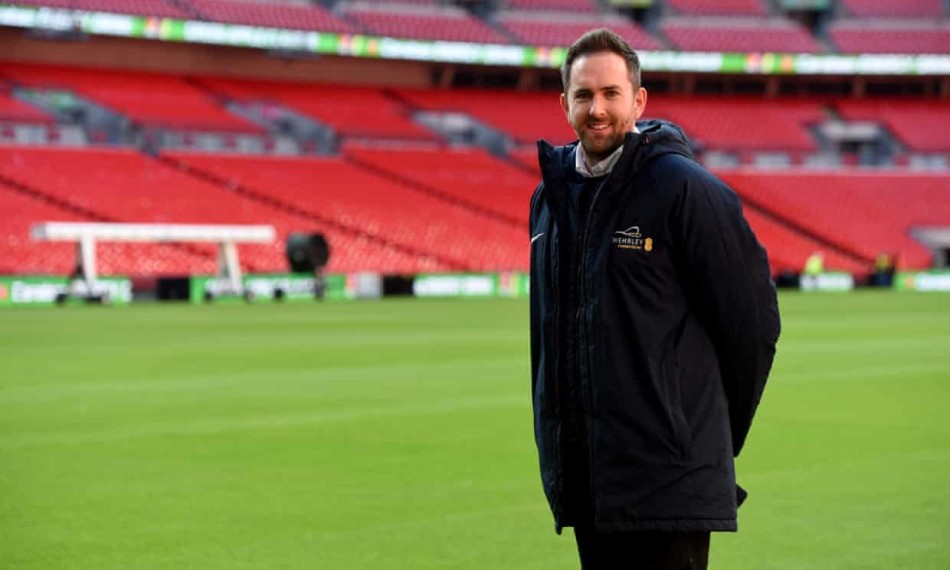 Karl Standley at Wembley. 'We've all really come together,' he says of groundstaff nationwide. Photograph: Kate Green for The FA

The fundamental importance of groundstaff can be seen in the fact that at some lower-league clubs they are - along perhaps with a media officer or two - the only non-playing employees not to have been furloughed. It is a tight-knit circuit and Standley is part of a WhatsApp group that includes grounds managers from throughout the divisions.

"We've all really come together," he says. "Everyone is really open. We've been talking about our plans for the next few weeks and supporting each other wherever we can. If anyone has a problem, they can share it and know they have colleagues who will help."

The days pass more quickly with that outlook but nothing can quite replace the sense of anticipation for events that can represent the apex of a career's work.

"That's what drives us as grounds teams: the adrenaline," Standley says. "It's the three or four days leading up to a cup final when you're tweaking the pitch in terms of its playability. Then you see the teams go out there, watch the first ball skid off the surface in the warm-up, see the players look at each other and can tell it's a quick pitch that delivers for the event. It feels incredible and then you look forward to the next one.

"Right now, we have to be positive. What's happening at the moment makes us understand how lucky we are and will make everything so much sweeter when these occasions return. Working in a stadium full of smiling people who are happy to be back there - that will be the main thing."