0 Turn to turf to combat climate change in the capital 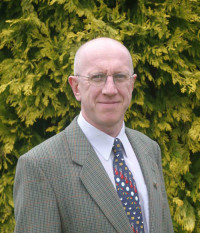 The Turfgrass Growers' Association (TGA) has written to the Mayor of London, Boris Johnson, urging him to utilise the benefits of turf in alleviating the effects of climate change, following the publication of his draft London Climate Change Adaptation Strategy.

The association which represents more than 70 turf growers and affiliated companies, collectively responsible for more than 70% of the UK's cultivated turf production, stresses that turf can help mitigate the effects of flooding, extreme temperatures and drought, which were the primary environmental concerns highlighted in the publication.

In addition to recommending turf as the ideal medium for reducing environmental contamination, the letter highlights its ability to reduce rainwater run-off and subsequent surface flooding, to absorb rainwater and replenish underground aquifers and to cool the urban environment during hot weather.

The association also voiced support for Mr Johnson's proposal to lead an 'urban greening programme', calling on him to make green spaces "integral in the design of all new developments, not just an afterthought". TGA Chief Executive Tim Mudge commented: "It is important that the lead for this vision comes from the top and that it is supported by an able and willing industry. We feel that TGA members are best placed to implement the best quality turf to help improve the environmental conditions in London and other major cities."