0 Turning life and the pitch around at Hednesford Town FC

The Head Groundsman at Hednesford Town FC, David Bates, is one of the most experienced men you'll find in the turf industry. In this interview, David tells his extraordinary story of how he entered the turf industry in a rather unusual way, and how he turned Hednesford's poor pitch into one of the best stages in non-league football. 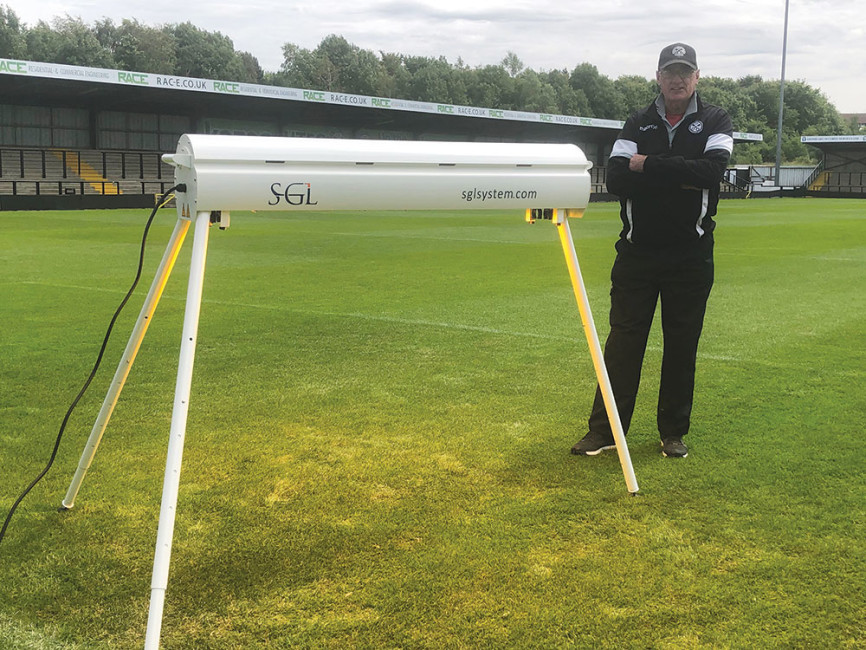 The club is famed for its home ground: Keys Park, but most importantly for its outstanding pitch at non-league level. However, David Bates had never intended to manage a pitch. His goal had always been to play on a pitch, a cricket pitch that is.

A hidden talent was found

It's been nearly fifty years since David decided to enter the world of turf. It wasn't particularly a well-considered choice at first. As a talented cricket player, his dream was to break through in professional cricket but, fairly early in his sports career, he suffered from a chronic back injury. This left David no other choice than to quit the sport he loved. He even feared that this injury would keep him from ever getting a job at all. He thought his life was wasted, until his brother in law asked him to become a supervisor in general parks maintenance works. After only one month on trial his boss told him: "You have a bit more in your can than most people. Would you like to go back to college? We will finance it for you". David was astonished by the news and it did not take long before he found his hidden talent during his horticultural studies: Turfgrass management.

"There must have been a natural element in me that I didn't know of at first. A natural aptitude of touching the soil, smelling it and coming up with an answer. I'm pretty sure my parents and grandparents, who also had experience in this type of work, passed this on to me!"

From that point things started to fall into place for David. He graduated, joined the GMA (IOG back then), started his own businesses and even became a teacher at his old school. After many years of turf consulting at sports clubs, he wanted to prove to himself, that not only he was able to support people in making the best decisions for their grass, he was also able to take full responsibility of a ground himself. Hednesford Town FC was the lucky one, as he was able to turn their pitch into one of the club's greenest revenue streams, and one of the best pitches in non-league football. 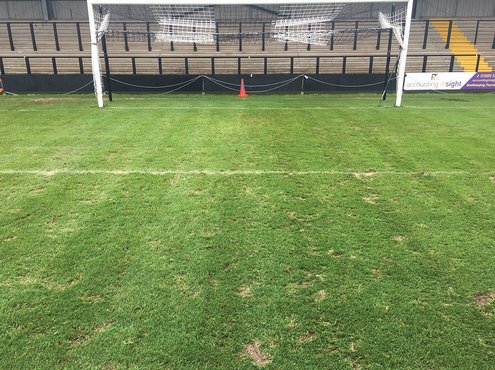 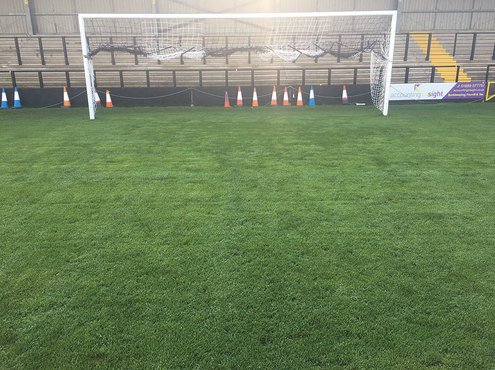 Before (left) and after (right)

The joy of dealing with challenges

But it wasn't easy for David. "I encountered a pitch with a bare construction consisting of 95% weeds, no drainage system and a small budget to work with. We had ninety-one matches on our pitch in one season, and eighty-nine the year before. So, apart from the fact the pitch is being overused, it also doesn't have a solid structure to endure it. Yet we managed to take the poor pitch up to Football League standards."

And that is exactly what David likes most: "Taking something that is a mess and turning it into something beautiful. Presenting the pitch, seeing the reaction on the people's faces, and the praise that we get for what we've achieved with our budgets. That's better than any payment. And yes, of course, you get frustrated. Mother nature will always keep you on your toes. You get something perfect and the next day something destroys it and you have to start over again, but that's all part of it."

Despite the ninety games a season, David and the club still manage to attract additional events to the stadium for extra revenue. U18s World Cup Qualifiers, the Women's Euro Qualifiers and Premier League youth team matches amongst them. David believes all clubs in non-league Football should be able to increase grass quality despite the limited budgets: "If David Bates at Hednesford Town FC can do it, everyone can. With a bit of knowledge, passion and technology, every club at our level should be able to host more games and increase the quality of play." 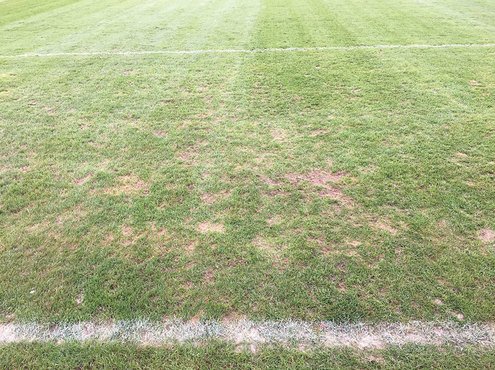 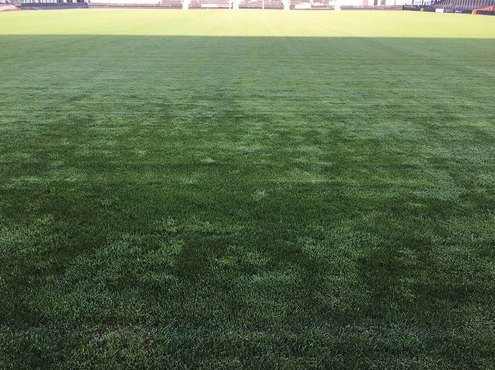 Before (left) and after (right)

David was introduced to grow lighting technology last year, as he was lucky enough to win a BU10 grow light in SGL's Basic Line contest at Saltex. He participated because he believed he needed all the help he could get to get through the winter months: "I never win anything, so I was dumbstruck when they called to tell me I'd won! With ninety matches a season, the plant is already under a great deal of stress. What we needed was photosynthesis to take place to give it a chance of surviving under bad growing conditions in winter. The quicker I can get grass back, especially in the goalmouths, the better."

As a result of using the grow light extensively, David's goalmouths are looking better than ever at this time of year (see pictures). It gives him the confidence to have the pitch better prepared for the games to come and more. "Our season doesn't stop when our competition is finished. At Hednesford, we all want to host more events to bring extra money into the club. So I know I'm going to have short period of time to get renovations done. With the grow light I have the maximum input of warmth and light to have a quicker turnaround time to get grass back in the most damaged areas."

In the end, as a former cricket player, all David cares about is delivering an end product to those who have to show their talents on the pitch: "We're not earning millions with our job and we never will.

But, it's the passion to produce something for the players to get the most out of their skills. These players want to have the best possible pitch, for as long as they can, in order to give the best return to the club and themselves. If we can help them exploit their talents, then it's all worth it."