The Rugby Football Union (RFU) is set to shell out as much as £53.5 million on a redevelopment of the East Stand atTwickenham. 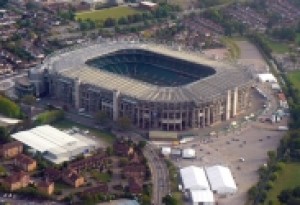 The proposals still have to be approved by the RFU Council and go through planning and a consultation with the residents, which could take six to nine months, but work could begin next December according to The Telegraph.

Plans have been drawn up by the engineering and development firm that designed Wembley Stadium, Mott MacDonald, and they would see 23,000 square metres added to the East Stand over six levels for hospitality, conference events and food and beverage.

The RFU is thought to be making the move in order to increase its match day revenues even further - after it revealed this week that it made £207.9 million this year - and improve its corporate hospitality offering.

At present, some hospitality ticket holders are entertained in marquees away from the stadium and it is thought that the redevelopment is partly the result of a comprehensive ticketing and hospitality review.

For the original article, runningrugby.com.