by External source
in Synthetics, Football, and Industry News
on 13 May 2015 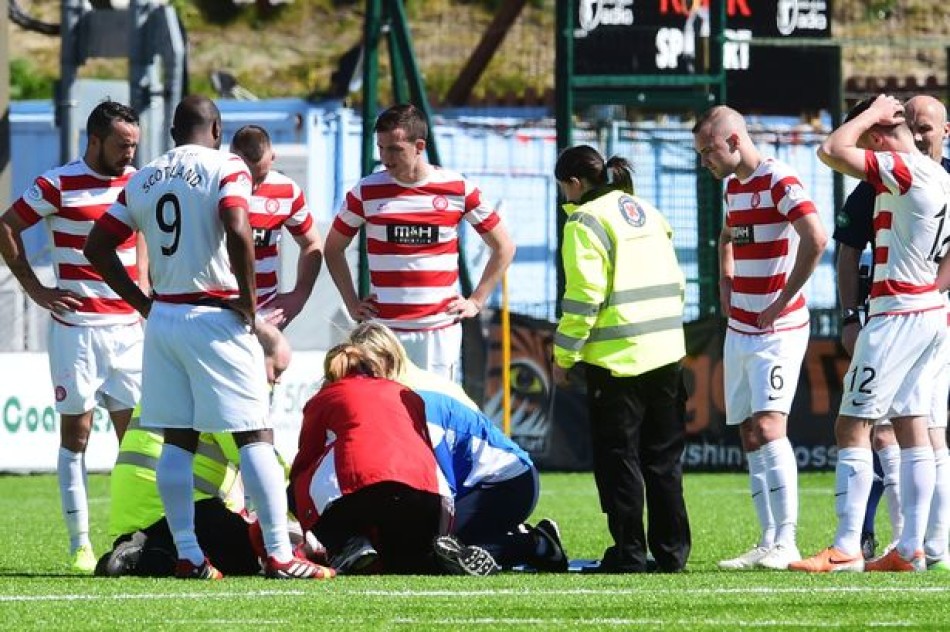 Kallum Higginbotham reckons the standard of Scottish football will be torn to shreds if its future lies in plastic pitches.

The Partick Thistle winger was left furious at the state of a New Douglas Park surface that claimed two victims in quick succession at the weekend. Higginbotham branded it unsafe and a health risk in the wake of a draw with Hamilton Academical that denied the Jags a fourth consecutive top-flight win for the first time since 1977.

Accies defender Mikey Devlin was the first casualty, forced to leave the field on a stretcher with suspected ligament damage after twisting his knee on the badly-worn carpet 14 minutes in. Thistle midfielder Ryan Stevenson then had to be helped off less than 20 minutes later after his studs got stuck in the desperately-tacky astroturf.

Higginbotham did manage to see out 90 mind-numbing minutes but insists he felt like an old-aged pensioner as he trudged off at the final whistle.

He said: "It is hard to get any sort of game going on that surface. I have never approved of plastic pitches and never will. It is just not for me. I did my knee earlier in the season at Kilmarnock. Surely it is not good for your joints. You feel about 105 when you come off the pitch after the game. It just shows you it is not suitable to play 90 minutes on. I don't know how they train on it every day as it must knock a couple of years off your career. The boy from Hamilton took a sore one and that was down to the pitch. His foot has got jarred in the pitch."

The fact that Hamilton's groundsman failed to water the artificial surface certainly didn't help matters. He believed the rain forecasted would do the job for him and so opted not to turn the taps on. However, when the heavens failed to open the players were left with a hellish surface.

It ruined the encounter and if more clubs are allowed to introduce them Higginbotham is convinced it will ruin football.

He said: "The more and more you bring them in the more the game is going to go downhill. I'm not sure if I could play for a club who play on an artificial pitch. It is hard to get a game going as you never know where the bounce of the ball is. It was very dry and might have been better and more entertaining if it had a bit of water on it. As it was you could only lump it up the park and hope for second balls."

Victory would have taken Alan Archibald's side to within two points of Accies in the race to finish top of the bottom pile.

And the visitors did find themselves one up in 72 minutes when Stephen O'Donnell slotted home from 12 yards after the hosts failed to clear their lines.

It was a quality finish from the ever-improving full-back who has been one of the most polished performers in the Premiership this term.