0 Two into one will go 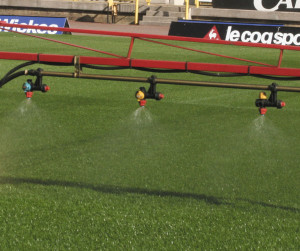 LERAPs (Local Environment Risk Assessment for Pesticides) was introduced in 1999 in order to meet the standards for protection of the aquatic environment from spray drift as laid out in the then pesticides registration directive. I've always been a fan of this scheme because it is practical, logical and rewards farmers by enabling reductions in buffer zone width through good spray application practice and responsible pesticide use.

The new EU pesticide registration regulations were introduced in 2011. These significantly increased the standards for protection of the aquatic environment. I'm not qualified to say whether these standards are realistic or far too precautionary but they could result in more unproductive land than is necessary unless we have a similarly successful approach to that demonstrated by LERAPs.

Initially the Chemicals Regulation Directorate (CRD) introduced some Interim Arrangements to cope with the requirements of the new regulations. If it weren't for these interim measures we would have lost some valuable products from the market. However, to keep these products on the market wider buffer zones than those under LERAPs were introduced. These buffer zones stretch up to 20m from the edge of the watercourse but unlike LERAPs, cannot be reduced with the adoption of good spray practice or lower than label recommended doses. In addition, the size of the watercourse cannot be taken into account.

This, in effect, is resulting in the adoption, for each individual product, of one of two separate sets of rules in order to reduce the impact of spray drift on the aquatic environment; LERAPs or the Interim Arrangements. CRD is carrying out a consultation on possible changes to the Interim Arrangements that may allow even more products to meet the new regulations (albeit with wide buffer zones) or may reduce the buffer zone widths. It's envisaged that these benefits will be delivered by the adoption of spray nozzles which reduce spray drift by more than 75% when compared to a standard conventional nozzle. These are designated as 3-star nozzles in LERAPs.

These proposals can only be welcomed but they don't resolve the issue that there will still be effectively two separate sets of rules which govern the width of a buffer zone. Tank mixing could become a nightmare. Logically, these two separate sets of rules should be combined, not only for simplicity and clarity but also for achieving support from the farming industry.

The most logical way to combine them is, in my opinion, to incorporate the Interim Arrangements into LERAPs. This would mean taking into account the adoption of lower than label recommended doses (better described as appropriate doses) and the size of water course in addition to the adoption of 3-star nozzles in a unified scheme.

There also needs to be a coming together on the width of buffer zones.Crop spraying

This is a very important issue for many farmers who have established 5 to 6 metre permanent grass based buffer zones next to water courses. Buffer zones wider than these strips but less than 10 metres may result in weeds, diseases and insects establishing on the untreated edge of the crop, which in turn may necessitate further pesticide use.

Hence, I would argue that two into one will go not only in terms of protecting water but will also reward good spray practice as well as gain greater support from the arable industry.

Replies to the consultation need to be submitted by 21st October and it is available here. HSE