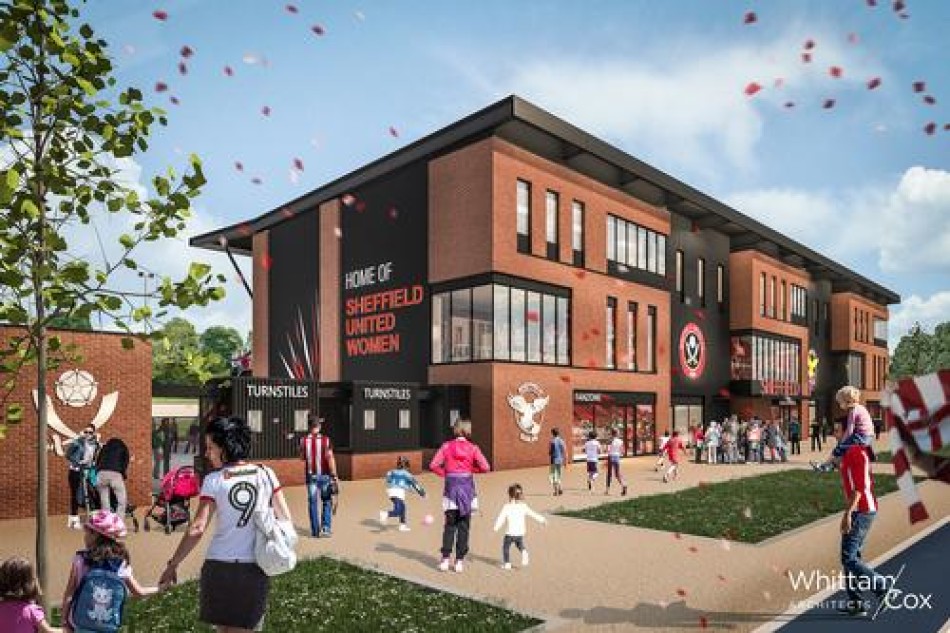 Scarborough Group International has submitted a planning application for a 3,900-capacity stadium, which would become the new home of Sheffield United Women Football Club.

Whittam Cox Architects, supported by Arup Sheffield, have been appointed to design the £5m (US$6.5m, €5.6m) Stadium, which will feature a single grandstand, housing hospitality and conferencing facilities as well as office space.

"This will be the start of an important phase in realising the vision of the Park, bringing forward significant private sector investment.

"We plan to start on site as soon as possible, once we have finalised the necessary documentation with Sheffield City Council."

The club said the name change "reflects the club's position as an emerging presence within the women's game".

Sheffield United's chief operating officer, Andrew Birks, said: "The owners, board and everyone associated with the club were in favour of the change, as the excitement continues to build about seeing the women's team mirror the men's team in playing in the second-tier next season.

"It's a decision we feel is right to reflect the modern times of the women's game and we are focused on having an identity and brand consistency when promoting ourselves within the women's game."