Ulster GAA has this week welcomed the announcement of formal planning permission for the redevelopment of its new provincial stadium at Casement Park in Belfast.

Tom Daly, Chairperson of the Casement Park Stadium Development Project Board has said that the announcement is a 'momentous' milestone for the Gaels of Antrim, Ulster and Ireland.

The GAA has said that the project will undergo a two-year build with major construction set to commence in the first half of 2022.

The project, which is a commitment within the NI Executive's New Decade New Approach agreement, and it is the last remaining element of the Department for the Communities Regional Stadia Programme, which has seen the completion of the Irish FA and Ulster Rugby's stadia.

Commenting on the significance of the announcement and the important role that GAA members have played, Tom Daly, said:

"This a hugely significant announcement in the timeline for Antrim's new home and Ulster's new provincial stadium and I would like to thank Gaels throughout Ulster and Ireland, for their patience, commitment and unwavering support since our application was submitted in 2017. That support has been invaluable to our team who have worked tirelessly throughout a robust and comprehensive planning process."

"Casement Park is a now a live catalyst for the development of Gaelic Games and it will not only host some of the largest, most significant and exciting sporting occasions on this island, but it will also be a venue that GAA clubs, schools and community organisations will access and use."

"With a strong community focus, the project will create employment opportunities, increase footfall, support local business eco systems and supply chains and it will significantly add to the vibrant cultural and arts heritage that exists in West Belfast and across the city. The combined impact of the construction phase of the project and its operations when complete, will leave a lasting sporting, economic, health and cultural legacy for many generations to come." 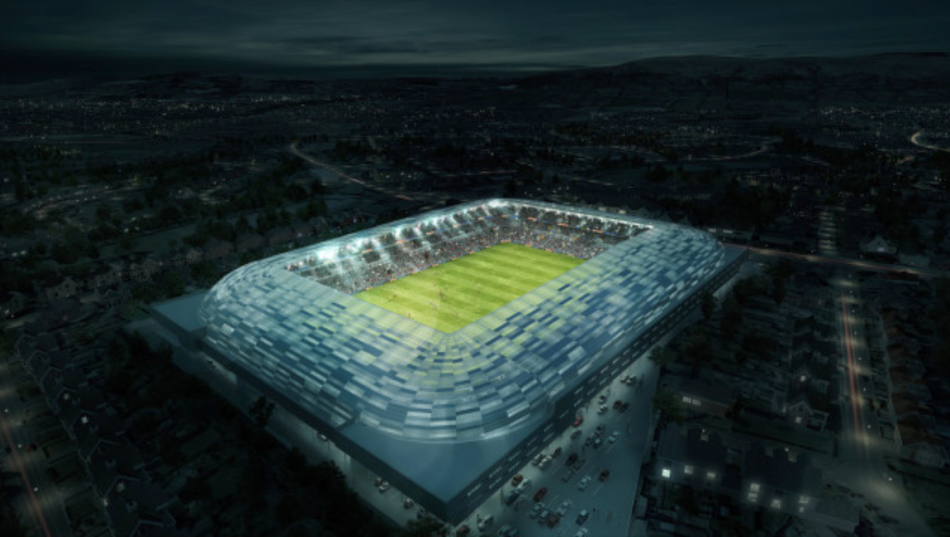 The new stadium, which will include an iconic bowl design with a capacity of 34,578 and a range of mixed-use facilities, has been developed by global award-winning architects Populous, designers of Aviva Stadium, the new Tottenham Hotspur stadium and Arsenal's Emirates Stadium

The new stadium has been developed by global architects Populous, who will be sharing insights at the upcoming edition of ALSD International, being hosted by Liverpool FC this September 6-7.

"With planning permission granted we are now looking forward confidently to the construction phase with a clear pathway for the project's delivery. The project team is working with the Department for Communities to finalise all remaining aspects of the business case and we will be launching an extensive, far-reaching, and inclusive community engagement programme in the coming weeks to help realise the significant opportunities that the stadium will deliver for the whole community. Ulster GAA is committed to working very hard to be a good neighbour to everyone."

"The New Casement Park will inspire future generations of Gaels in Antrim and serve as a platform to drive forward and grow our games. The impact of the new stadium will not only be felt in the GAA community but in the wider community acting as a social and cultural hub in the heart of West Belfast. We can now look forward to the day when we see the saffron jerseys lining up in Casement Park once again."

With Minister Nichola Mallon recommending the Casement Park project for planning approval, we are looking forward to the next steps in the development of our iconic new stadium.

This significant milestone for the project sees the potential for construction works to commence in 2021, with a view to games being played at the stadium in the second half of 2023.

As part of the development process we will deliver a comprehensive Community Engagement Programme, as we work towards building a provincial stadium for Ulster and a new home for Antrim GAA.

We would encourage you to participate in this process, and will be back in touch in 2021 with details regarding the next steps of this programme of engagement.

On behalf of the Ulster GAA and Project Board we want to underline our absolute commitment to work closely with the whole community and to be a good neighbour throughout the development and operational phase of the project.