by Steve Thompson
in Conservation & Ecology
on 14 Dec 2016

0 Under the cover of darkness... 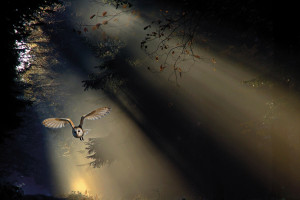 The city that never sleeps is a phrase you would associate with a city like New York or London. Late night restaurants, twenty-four hour shopping, busy, busy, busy, 24/7. But, if you take the word ‘city’ out and replace it with ‘golf course’, you might just be surprised as to what is out there long after we greenkeepers and groundsmen have gone to bed.

When you come to work in the morning, the first signs that there has been nocturnal activity is quite often footprints. Maybe in a bunker, in the snow, the morning dew, or maybe in a muddy ditch. But what exactly are those footprints?

If you are near a bridle path or houses, for instance, then they could just be a dog or even a cat, but how do you distinguish between dog and fox, or even badger? They can all appear quite similar at first glance, but actually are all quite different. Foxes, dogs and cats all have four toe pads, two at the front and two to the sides.

Dog: Squarer than a fox but similar size, rear pad is triangular and larger than the toe pads.

Cat: No claw marks, small rear pad, two indentations at the back.

Rabbit: Generally oval in shape with five toes (only four show in print). Similar to Grey squirrel, which shows five toes on its rear prints and four on the front. 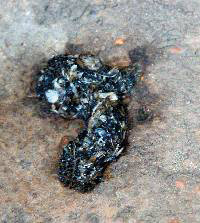 These five animals are the prints you are most likely to come across, but if you are near water, such as a river or lake, you might be lucky enough to find some footprints in the muddy edges that would cause great delight. At John O’Gaunt, we have been lucky enough to see such signs along our brook and muddy ditches nearby. Large webbed feet 60mm wide by 90mm, long at the rear and slightly shorter on the front, claw marks rarely visible. These footprints belong to the otter.

If you are near any woodland, then you quite probably have deer around. Their footprints are quite different. They have cloven hooves ranging in length from 30-90mm. The males of any deer species have much bigger prints than the females and young, but it is difficult to tell species apart just from tracks as there is considerable overlap in the sizes of tracks.

Footprints may be the first sign of activity you will see, but something else that might help identify the animal concerned is ‘poo’, or spraint (in the case of the otter).

Dog poo: Quite variable depending on dog and the diet, but usually recognisable.

Deer droppings: Similar to rabbit, but darker and shiny, in clusters or individually.

If you are still not sure what animal has been lurking around, then there are two options, either you can camp out (I’d rather go to my proper bed) or you could purchase a trail camera. These are often used on wildlife programmes such as BBC’s Spring Watch. They are quite easy to use and, once set up, you can leave them for days at a time before you have to check them. They have sensors and, if anything passes in range, they will record photos, video or both and you have the culprit.

There are many different makes and they vary in price, so you have quite a wide range of choice to suit your budget. I would personally recommend Bushnell Trophy Cam Aggressor priced at around £200. It has superb HD video quality and recently, within the first week of use, it had filmed a short clip of an otter on the golf course under a bridge over the brook. They truly are a great way of seeing what is lurking in the dark.

There are a group of mammals which are mainly nocturnal that you probably have on your golf course or sports ground area but you don’t know it. They don’t leave any footprints but may leave droppings at their roosting site. If you take a walk at night during the summer months, you may see the odd one or two bats flying around and, with the aid of a bat detector, you might well be surprised to find many more species you had no idea were there.

A bat detector is a device used to detect their presence by converting their echolocation ultrasound signals to audible frequencies that humans can hear. Heterodyne detectors are the most commonly used.

For a reasonably price detector to get started with, I recommend the Batbox III. To learn how to recognise the different bat species, try contacting the Bat Conservation Trust www.bats.org.uk to find out about your local bat group, and then maybe join a local bat walk to get involved in. I hold bat walks at John O’Gaunt a few times in August with a local bat expert and, with his special detector and others, we have identified eight species at the club.

Lastly, two birds that you might have on your golf course or sportsgrounds that you would not normally see during the day are the Tawny Owl, often heard at night with its distinctive hoot, and the Barn Owl, which is usually quiet but sometimes has a call that is often described as a blood curdling scream. Other than perhaps hearing or seeing these birds, they both leave pellets (undigested hair and bone) which can be taken away for dissection to distinguish what they have been eating. Barn Owl pellets are typically about the size of a man’s thumb and black when fresh, whilst Tawny Owl pellets are grey and cylindrical with pointed ends.

When you go to bed at the end of a busy day, wildlife is still thriving, even in the middle of the night.