The US government has declared Roundup is safe - despite a movement of lawsuits from Americans claiming the weedkiller gave them cancer. 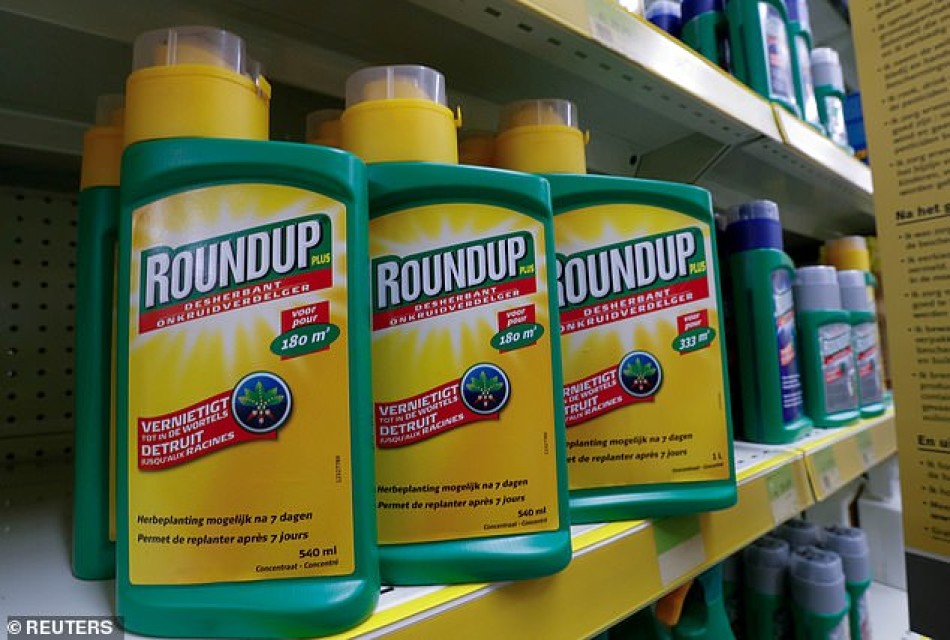 Two juries have sided against Monsanto, the maker of Roundup, after deciding there was enough evidence to show glyphosate is carcinogenic.

But, on Tuesday, the Environmental Protection Agency took the opposite view in a draft conclusion of a review on glyphosate.

The agency found it posed 'no risks of concern' for humans and 'is not likely to be carcinogenic to humans'.

He has non-Hodgkin's lymphoma, a cancer of the immune system after using the weed killer to kill poison oak and invasive plants on his 56-acre property over the course of 30 years.

Hardeman told jurors the spray routinely got on his skin before he was diagnosed with the disease in 2015.

In March, jurors unanimously found Monsanto failed to warn customers that its weedkiller could cause cancer.

The verdict was a huge blow to the company, as this case is being held up as a precedent for thousands of others in Northern California alone.

It came after that of DeWayne 'Lee' Johnson, a terminally ill man also battling non-Hodgkin's lymphoma, who took the pharmaceutical giant to court last year.

Former groundsman Johnson, who was given weeks to live, was awarded nearly $290 million in damages, before an appeal saw his sum sliced to $78.5 million - pending another appeal. 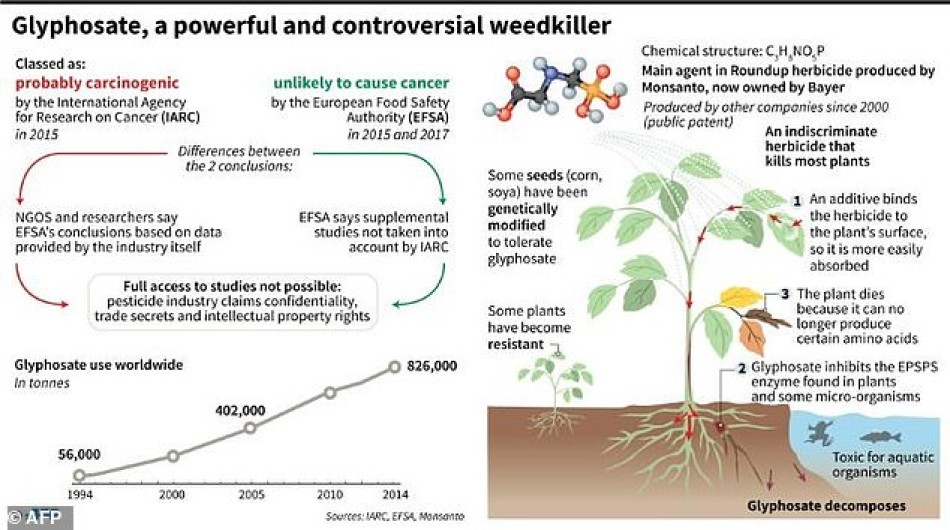 Their cases paved the way for thousands more cases, including one involving a married couple who both developed the same cancer after using Roundup.

A spokesman for Bayer said: 'Though we are still reviewing the full interim decision, it is significant that the U.S. EPA and other expert regulators who have assessed the extensive body of science on glyphosate-based herbicides for more than 40 years continue to conclude that these products are safe when used as directed and that glyphosate is not carcinogenic.

'Bayer firmly believes that the science supports the safety of glyphosate-based herbicides, which are some of the most thoroughly studied products of their kind, and is pleased that the regulators tasked with assessing this extensive body of science continue to reach favorable conclusions.'

For the full article visit: www.dailymail.co.uk