Rory McIlroy has criticised the cutting of heavy rough two days before the start of the US Open after players posted videos of the knee-length grass. 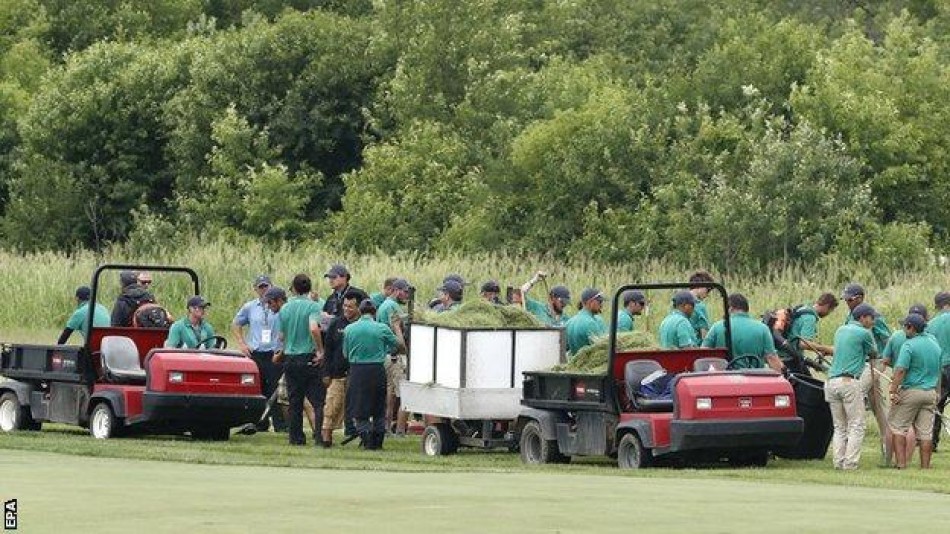 The tall, thick fescue was removed from four holes at Erin Hills on Tuesday.

The United States Golf Association (USGA) said the decision was "based on weather" and not player feedback.

"You've got 156 of the best players in the world here," said McIlroy. "If we can't hit within that avenue, you might as well pack your bags and go home."

Fescue was cut from holes four, 12, 14 and 18 on Tuesday as organisers believed wet weather made the areas unplayable - especially with more rain forecast for the tournament days.

The world number two was shocked when told about the move by reporters, suggesting the width of the fairways at the Wisconsin course made the thickness of the rough a fair hazard. 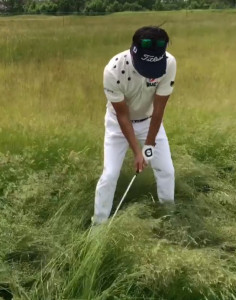 "These are the widest fairways we've ever played in a US Open. Even the first and second cut is another 10 yards on top of that.

"I get that it's thick and whatever, but it's a hazard. It's a US Open, it's supposed to be a tough test. And if guys can't put it into play within a 50-yard zone I don't think they've got much to complain about."

England's Lee Westwood posted a humorous video of his caddie crawling through the rough before emerging with his ball - but several players have criticised the depth and thickness of the rough more vehemently.

American Kevin Na was particularly scathing about the set-up produced by the USGA.

In an Instagram video, the world number 68 took two swings at his ball in the rough, barely moving it, before adding: "Why can't we have a lot of the past US Open winners get together and set up a major? I'd like to see that happen."