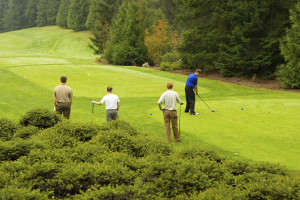 Never is this more apparent than during the spring. Something which is even more evident in recent years when the onset of good consistent growing conditions seems to vary considerably.

Anecdotal observations are backed up by the data. Growth Degree Day (GDD) recordings using a base air temperature of 6 degrees indicate that March 2015 follows a strong correlation to March 2013. Conversely GDD readings from the end of February through to March in both 2013 and 2015 pale into insignificance compared to conditions in 2014.

Last year warmed up rapidly from the middle of February, to the point where at the end of March growing temperatures were up to 8 degrees higher than this year and well above the 6 degree baseline for active growth. It goes without saying that such a differential is going to have a significant effect on winter recovery and spring growth.. 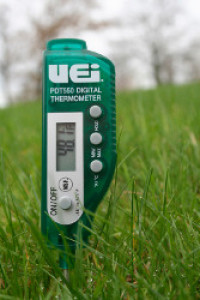 Unfortunately the fixtures card waits for no one, so league matches, the end of winter rules and full handicap competitions are now upon us. Using data such as GDD can help a greenkeeper to make informed decisions for their surfaces as well as presenting them with undeniable facts to quench the flames of even the most pointedly questioning of golfers.

In agronomic terms we are approaching the point where granular applications are going to become effective but the use of liquids and bio-stimulants to see any stressed swards through the last of the cold are an effective option, its surely best to keep the plant healthy so you are then best placed to play catch up once things kick in properly, the same can be said for those of you planning on reseeding, if you've not already done so, get stock in ready to hit the ground running.

One good thing about the colder temperatures is that disease is still, on the whole, at bay but keep an eye open for anything which flares up should temperatures suddenly rise, and consider using phosphite and spot treatments of fungicide to combat active patches.

GGD data sourced from Mark Hunts Weather Blog, which can be found here.