by Louise Challiss
in Machinery & Mechanics
on 16 Dec 2019

With changes in pesticide legislation having an ever-deepening effect on sports turf quality, Turf Mangers are having to carefully consider the role of mechanical maintenance in delivering a proactive plant health strategy. The UltraGroomer™ cassette from the renowned TMSystem™ collection is specifically designed to provide a healthier turf environment by preventing the accumulation of thatch. Visitors can find out more about this, alongside the award-winning INFINICUT® range, on stand Red 253 at BTME 2020. 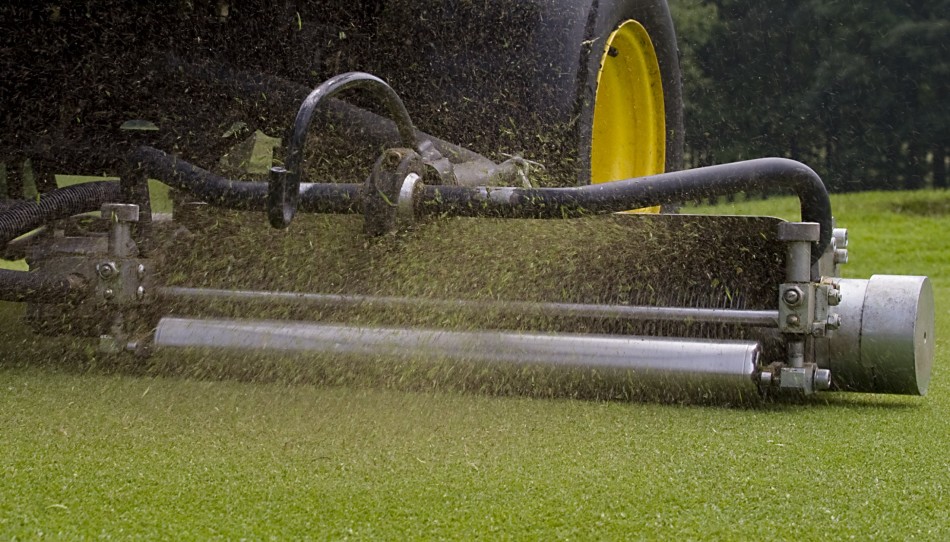 A thatchy surface that is moisture retentive not only reduces the movement of oxygen and nutrients, it also provides an ideal environment to harbour pathogens. The UltraGroomer™ cassette features over 80 tungsten carbide tipped blades, spaced at 5mm apart, to reduce Poa ingress, minimise puffiness and prevent the build-up of organic matter. By improving the plants immediate environment, it becomes more difficult for disease pathogens to take hold.

The UltraGroomer™ can also be effectively used in conjunction with other cassettes from the TMSystem™ range, particularly the SMARTVibe™ to increase greens speed. During the winter months, when the plant is at its most vulnerable, the SMARTVibe™ can be employed as an alternative to mowing to reduce plant stress. Vibratory rolling can smooth the greens surface and quicken play without cutting, eliminating passes of heavy pieces of equipment which in turn, lowers the risk of compaction.

The TMSystem™ is available to fit OEM triplex and light fairway machines, as well as being an integral part of the Cub Cadet INFINICUT® mower. Also playing its part in the fight against disease, the INFINICUT® range features a number of parameters that can be adjusted to deliver an unparalleled quality of cut, no matter the time of year or conditions encountered at the given time. The INFINICUT® cylinder mower range spans 22"/26"/30" and 34" working widths, and floating or fixed head variants, together with the recently launched SM34 Rotary Mower.