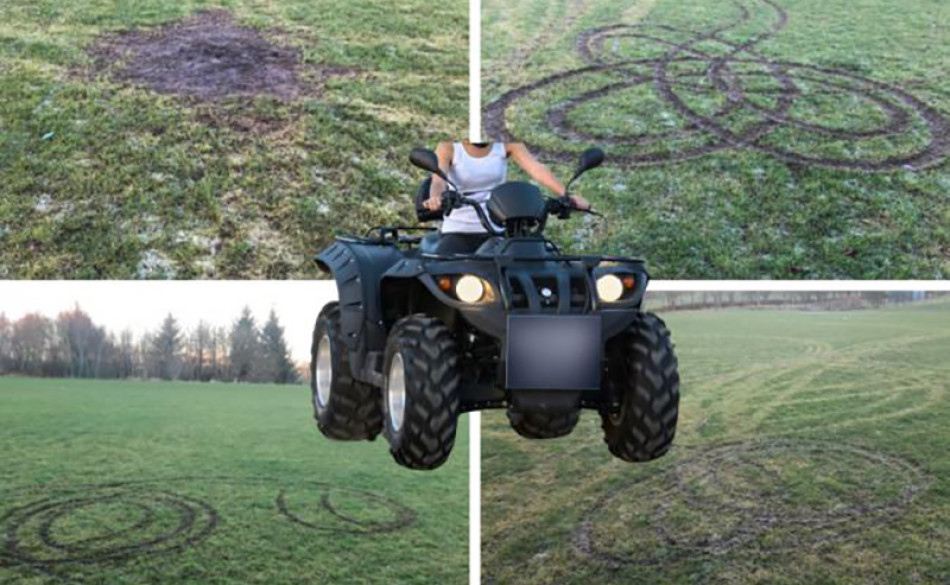 Members of the Summerston Youth Football Club were dismayed to find the pitches they use in Maryhill Park had been trashed by louts.

A spokesman for the club said he was worried for the club's future after the callous acts.

He added: "It looks like someone's went over it on quad bikes or something.

"It's not just us, the Glasgow Club John Paul that use the pitches too. We've not used it in months, so with the days getting a bit lighter I went up to have a look."

"There were bits torn up and burnt bits of the grass, too. We're worried about being in lockdown for another couple of months maybe, and the damage that could be done in that time."

The club hopes it can use the pitches again as soon as they are allowed to but are worried about the potential cost to the council about repairing the wrecked pitches.

The council reassured the club that the pitches would be in "good condition" for football's return once restrictions were lifted.

The MSP for the area, Bob Doris, said: "It has been tough enough for football teams who have had their opportunities to play the game they love curtailed due to Covid-19 without seeing their pitches damaged by the irresponsible use of quad bikes.

"Summerston YFC are a great local team with ambitious plans at the pitches, something I am keen to work with them on. Let's hope that they can get playing again as soon as it is safe to do so, and of course on a decent surface."

"I know Glasgow Life are already aware of the damage and are looking to see how the surface can be best repaired. I will contact them and Glasgow City Council to get additional information."

A council spokesman said: "We fully understand why these scenes have upset members of the football club.

"Quad bikers create nuisance in communities across the city, invariably drive on the road illegally and do not have permission to use council land. We are aware of disruption being caused by quad bikers in the area and we will liaise with the police on this matter."

"We will continue to monitor the situation at the park and will seek to ensure the pitches are in good condition for when football returns after the current lockdown has lifted."

Summerston YFC had big plans for last year but were stopped in their tracks by the coronavirus pandemic.

The club had hoped to launch an amateur team in the summer of 2020 but this was put on hold by lockdown.