Golf club officials have slammed "mindless" vandals who tore up part of their course at the weekend. The seventh green at Dumfries and Galloway Golf Club - Deil's (Devil's) Elbow) - was targeted, with a nearby fence also being trashed. 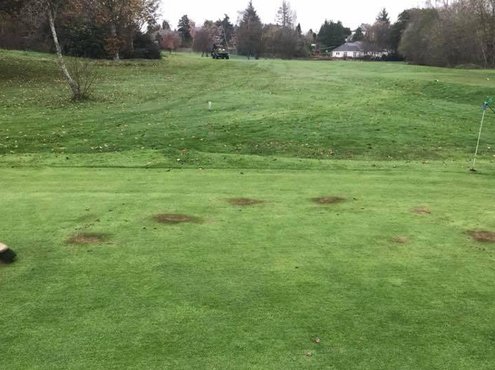 Lots of divots were gouged out of the turf in the attack which appears to have been carried out overnight Saturday before being discovered by staff at 7.30am the next morning.

Deputy head greenkeeper Steven Carmichael, 38, said: "It's completely mindless damage and very frustrating for us and the club as it is time-consuming for us to rectify.

"We've been getting damage on other areas of the course with flags and rakes from bunkers going missing. Last week we had kids build a bonfire on the course and we repaired that as well.

"It's been an ongoing issue for us this season, but it's been quite bad recently." 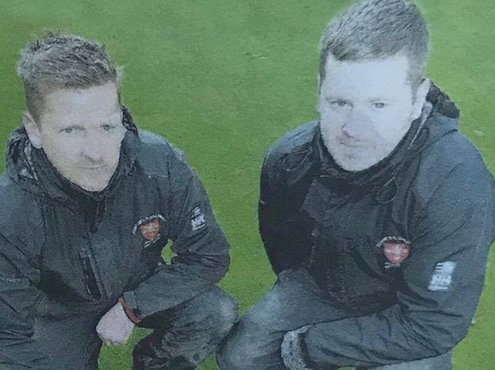 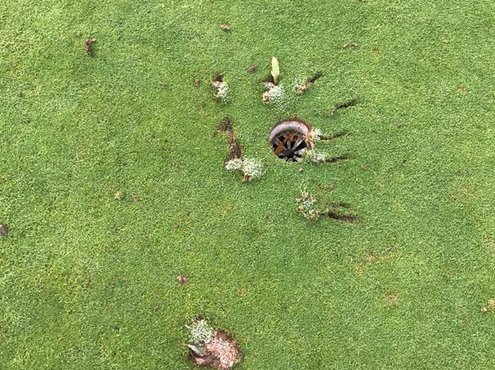 Greenkeepers: Steven Carmichael and Neil Cochrane survey some of the damage to the green

He added: "It appears to be a golf club that's been used to hack divots into the ground. We don't know who or why someone has done it but it's very disappointing.

"The green is near the road so it would have taken less than five minutes to do all of this damage.

"We've had to move the green just now to a temporary one but it's not ideal conditions to try and fix it. It's going to take a while."

Police are asking for anyone with information to contact them.

Constable Dale McEwan said: "This has been a sustained attack on the green and the damage will render the green unplayable for some considerable time.

"The green is adjacent to the Castle Douglas road in Dumfries and we are asking anyone who may have seen anyone acting suspiciously in this area to get in touch through the 101 number if they can help."