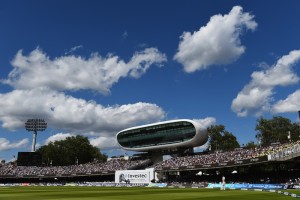 The ICC has confirmed Derbyshire, Leicestershire, Somerset, Gloucestershire and Lord's will host the competition's 31 matches starting on June 26th next year - with the Home of Cricket set to stage the final on July 23rd.

It will be the first time that the tournament has been held in England since 1993 when the home side beat New Zealand in the final at Lord's, revisiting the scene of their triumph in 1973 in the first Women's World Cup Final against Australia.

Steve Elworthy, ECB's Director of Events said: "This is a very exciting time for the women's game in this country and staging a Women's World Cup here will really help drive interest and participation in women's cricket at every level.
"It's critical we use this event to reach out to young children in particular so we've moved the tournament start date to earlier in the summer - a decision which will help our host venues encourage attendance by engaging with schools in the build-up to the event."

"It has created global context and meaning to all our ODI series whereby the result of every match has a direct impact on qualification for next summer's World Cup.

"In this country, last summer's record-breaking attendances for the Women's Ashes series showed there is a growing audience and appetite for women's cricket - we witnessed excellent crowds, including full houses at Chelmsford and Hove, coupled with growing media and commercial interest.

"The launch of the new Women's Cricket Super League here later this year will give the women's game another significant fillip and help set the stage for what promises to be a fantastic showcase for our sport next summer."

For the original article, visit www.ecb.co.uk.