Andrew Brough, head groundsman at Wolverhampton Rugby Union Football Club, claims that the SISIS Quadraplay single pass maintenance system, has helped him in his personal quest to improve the standard of pitches. 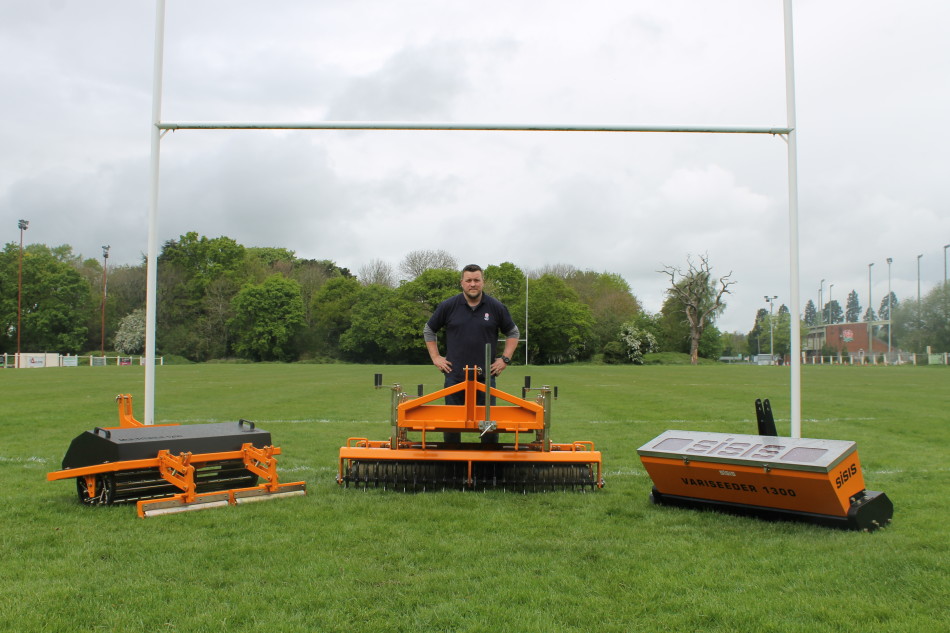 It is safe to say that Andrew is Wolverhampton Rugby Union Football Club through and through. He has played for the club since he was a child and his own children have followed in his footsteps and currently represent the junior teams. He also runs the bar in the club house and when he is not pulling pints or ordering more stock he is tending to the pitches.

Andrew admits that his role of head groundsman is his greatest responsibility and it is certainly not a role he has taken lightly since his appointment two years ago.

"Quite simply, my aim here is to improve the standard of the pitches and make sure they are as playable as possible," he said. "In the past we have had to cancel a lot of games because the pitches haven't been draining very well and we just never used to have the equipment - but now we have."

One of Andrew's first tasks as head groundsmen was to sign-up to the RFU's Groundsmen Connected initiative which is an easy access, two-way communication network between the RFU and rugby union groundsmen. It is the main communication channel for the RFU to provide information and advice to groundsmen and also has special offers and exclusive benefits for members.

Members have a direct communication channel on pitch maintenance issues with Twickenham's head groundsman Keith Kent, and it was Keith's advice which prompted Andrew to purchase the SISIS Quadraplay.

"I went to a seminar through the Groundsmen Connected scheme and I saw Keith who stressed the importance of aeration. Keith told me a lot about his thoughts on basic pitch requirements, what he felt was the best approach and also the best equipment to use. He told me that in his opinion he thought that the SISIS Quadraplay was the best way forward for us."

The SISIS Quadraplay multiple-purpose, single-pass maintenance incorporates a mounted frame for up to four implements such as grooming rakes, spikers, slitters, rollers and brushes. The implements can be fitted to the mainframe in any order and can be independently adjusted to achieve the desired effect. Compact, robust, versatile and with the ability to carry out up to four operations simultaneously - the Quadraplay makes life a lot easier for many groundsmen.

"It's a brilliant piece of kit - we've got a cutting deck on our tractor which came with the deal that allows us to basically cut the pitch and then we use the Quadraplay to finish off the pitch. It has made a huge difference to our aeration.

"I also really like the roller which is great for presentation. It does everything I need it to do and I'm really pleased with it. I actually think that most rugby clubs could do with a Quadraplay because it would make their pitches a lot better. We haven't had to cancel any games since we've been using it."

"I'll be using the Multitiner to spike the pitches and obviously by doing that we will be able to go into the holes with sand. We will then go along the pitches and sweep all that nice sand into the ground and give it a bit more drainage and help to get rid of some of those holes and ditches."

"The pitches are a bit patchy at the moment and I want to reseed the pitches so I'll use the Variseeder to make sure we get more seed into the ground. Hopefully with more grass in the ground the pitches will repair a bit quicker and they will be nice and lush in time for the new season."

"Ultimately, with the SISIS machinery I feel confident that I've got some really great equipment in place now which will absolutely improve the pitches."