by Louise Challiss
in Machinery & Mechanics
on 18 Apr 2019

Suffolk based sports-turf contractors Parkers Pitches are now well equipped to deal with even the most heavily compacted of surfaces, thanks to the purchase of a Verti-Quake® 2516 from Charterhouse Turf Machinery. 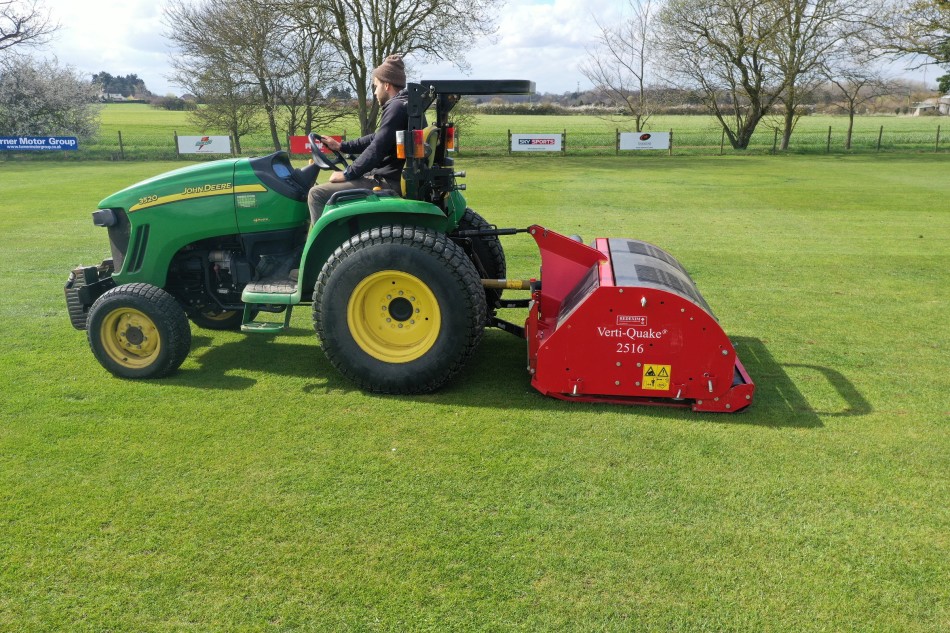 The newest addition to the Parkers Pitches team Alfie, using the new Verti-Quake 2516

The investment made in October 2018 by owner Will Parker, compliments his existing Verti-Drain® 7316, and sees them prepared for a busy renovation season ahead.

Established by Will in 2015 and, supported by his father Tim and new team member Alfie, Parker Pitches offer a variety of maintenance services, along with consultancy and reporting to sports facilities throughout East Anglia. "By conducting Pitch Improvement Programme (PIP) site visits on behalf of Suffolk FA, I was finding that compaction was a major issue at many sites across the region" explains Will. "We can structure an effective aeration programme with our Verti-Drain®, but I decided that with an increasing number of football clubs coming to us for help, adding a linear aerator to our fleet would be a logical step."

Final word from Will, "It's a great machine that makes what could be a difficult job, quite a relaxing one to do. It's well-built, quiet and easy to use - we trained Alfie on it and he was away in a matter of hours! As our workload continues to grow, it's important we invest in kit to ensure we keep pace. With the Verti-Quake®, backed up with fantastic support from Tomlinsons, we're doing just that."