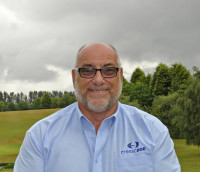 Back in July 1960, when a young US senator, John F Kennedy, was nominated as the Democratic Party's presidential candidate, an even younger Victor Maynard from Crawley Down in West Sussex was leaving school to join his local Ransomes grounds care dealer, Paice and Sons, as an apprentice fitter.

Paice was an established and well respected company and, at that time, was responsible for the Ransomes territory that encompassed Sussex and Surrey. After a cursory induction and introduction to the business, the new 15-year old apprentice was put to work assembling the popular Ransomes Ajax and Antelope push mowers along with Junior gangmowers for towing behind small tractors.

Back then, in the early 60s, councils and local authorities would order huge quantities of equipment and Vic remembers being confronted with a storage shed chock full of machines that required assembly. 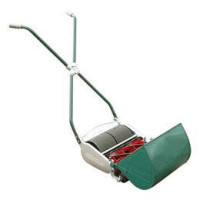 "It took hours to go through that lot, fitting the handles and the cables; then making sure they worked properly," he said. "Mind you, it was a good grounding and I could put those together in my sleep!"

When he reached the age of 17, the company taught him to drive, using one of their old Morris 1000 vans, and he took and passed his driving test in the same vehicle emblazoned with the company logo.

Passing the driving test was a turning point and it enabled him get out of the workshop and into the territory, delivering equipment to customers at bowling clubs, cricket clubs, tennis clubs and to many of the local authorities and councils in the area.

"I really enjoyed this part of the job, meeting and talking to different people, and I found I had a sort of knack when it came to dealing with people. They would ask me questions about the equipment and I could usually answer them, and I sort of morphed into a demonstration role."

As a Ransomes dealer, Paice was also heavily involved in supplying equipment to golf courses and, in 1971, they introduced the first ride-on green mower, the Hahn. Vic was given the job of demonstrating this new mower, which meant a trip to Ipswich for a training course. 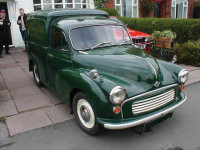 "Ken Buckeldee was the training manager at the time, and Bill Palmer and Eric Ramsey were two of the technical service engineers. Both were heavy smokers, one favoured a pipe, the other cigarettes. So, when you were called into their small office, sometimes all you could make out was a blurred outline through a dense cloud of smoke. It's a far cry from the anti-smoking policies we have today."

"It was around this time that I sort of drifted into a sales role. In those days you basically took orders; there wasn't the requirement for any hard selling. Your customers knew you, they normally phoned up, you had a chat about a particular item of machinery, took a look at the list price and they would either buy it or not. There was hardly any discounting, so it was a profitable business."

"I'd often have to take customers to Ipswich to see the manufacturing plant, much as we still do today but, back then, it was heavy manufacturing and Ransomes still had a foundry on site. I recall one instance, when I took a party of well-dressed Dartford Council Parks officials to see the castings being made, and the operators spilled some molten metal, which splattered onto the floor and set light to one of the official's trousers. It caused a lot of fuss, and I'm not sure it was altogether an accident!"

In 1975, Paice were offered the Ransomes franchise for Kent, and Vic was asked to take the sales role in the new area. This was the beginning of a 35 year association with the county, where he now lives with his wife, Angie, and where they brought up their sons, Simon now 32 and 29-year old Tim, a greenkeeper at The Wildernesse Club near Sevenoaks.

"This was the first time I was provided with a new company car, because the boss wanted to make a good impression. I was told to go along to the Talbot main dealer in Maidstone and get a car that would suit the position. I came away with a Hillman Avenger estate and felt on top of the world."

In 1981 Ransomes introduced the Motor 180 tees mower, a joint venture between the Ipswich factory and Ransomes Inc., their newly acquired business based in Johnson Creek, Wisconsin. This was a popular mower and one which Vic recalls fondly.

"I sold sixty-seven Motor 180s in 1984 and was the top salesman in the UK. In recognition of this, I won a trip to Johnson Creek, where I was presented with a clock and an engraved tankard in front of the global dealer network."

"Another highlight, in the 1980s, was the 1985 Open at Royal St Georges. I put in all the equipment used there, which included two Motor 180s, two GT greens mowers, a 350D for the fairways, an Hydraulic 5 tractor-mounted gangmower, along with a Ransomes tractor and two Cushman three-wheel Turf-Truckster utility vehicles. I did something similar for the Open in 2000 at the same venue."

In July 1997, Ransomes made the decision to reduce the number of dealers in the UK and Paice were given a six month termination notice. This could have been a worrying time for Vic, but he was quickly snapped up by the new 'super dealer', Ernest Doe and Sons Ltd, who were given a large part of the south and southeast of England as their territory.

Managing Director, Colin Doe, asked Vic to initially operate the fledgling grounds care business from a tired, run down agricultural depot near Dartford, with a promise that it would be rebuilt, if it became successful. Suffice to say that, today, a modern, purpose-built showroom with workshop facilities stands on the site of the old depot.

Summing up the past 50 years, Vic said; "I can honestly say that I've enjoyed every day in this job. It's a job I'm privileged to have, in a friendly industry where many customers have become friends. Who would have thought that grounds care would have allowed me to travel the world, but it has. The excitement of winning deals now is still the same as when I first began selling, all those years ago and, although I could be drawing a pension, with the support of Angie, I'm going to continue for the foreseeable future because it's in my blood and I love it!"

After leaving the golf club, I had a long journey around the M25 to reflect on my interview with one of the industry's great personalities. Vic Maynard is one of life's characters; loud, jovial and a raconteur extraordinaire with a story for every occasion, and an opinion on almost every facet of the industry.

However, he is a man of integrity who commands respect across the sector. He is the consummate sales professional and when, and if, he decides to retire, he will be sorely missed and the industry will be that much poorer.