by SVB
in Football, Renovations & New Builds, and General Interest
on 07 Jul 2020

Following the first year of redevelopment work, the transformation of the madridistas' stadium is now apparent. Spanish LaLiga side, Real Madrid's mammoth project to deliver a New Santiago Bernabéu stadium will ensure a state-of-the-art arena that satisfies the demands of club members, whilst also increasing the club's revenue streams. 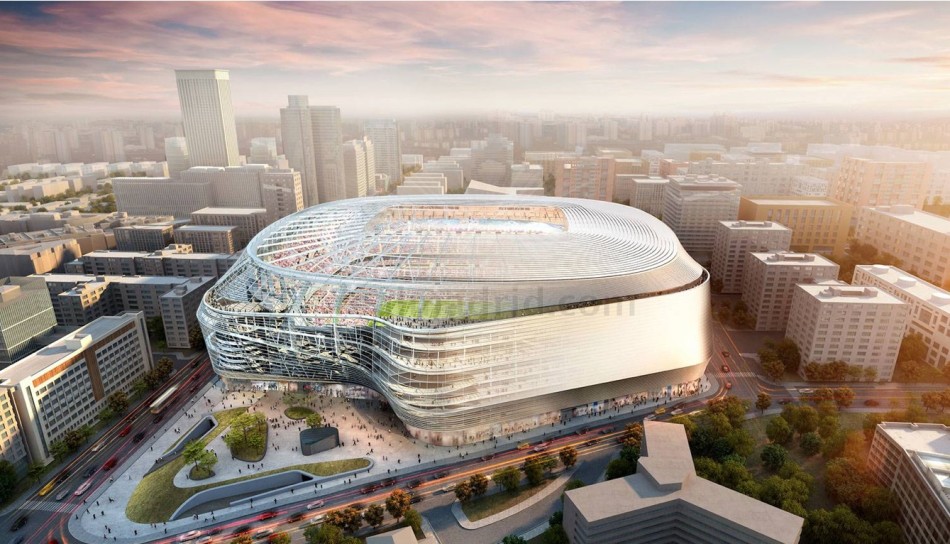 The Santiago Bernabéu of the 21st century is set to be a major state-of-the-art, universal icon and, since June 2019, a stunning transformation has been taking place. Some of the work that reflects this change relates to the roof, where the north and south stand sections have now been dismantled. In addition, the extendible section of the roof on the side of the stadium that runs along the Castellana has also been removed, along with other parts. In the future, the new roof's fixed structure will protect all of the stadium's seats, whilst the retractable roof will cover all of the pitch.

One feature of the future stadium that is now visible is the metal structure belonging to the new towers on the Paseo de la Castellana. Equipped with ramps, escalators and lifts, the new towers will replace the current B and C towers and will serve to make the flow of spectators more fluid. They will also serve an architectural purpose, given that they will provide structural support for the new roof.

This side of the stadium has also undergone two major changes since June 2019. The first relates to the construction of an underground car park on the site that was home to the Esquina del Bernabéu shopping centre. The new ground level has been reached and building work has started on the five underground floors, which will replace the three floors offered by the shopping centre. Around 500 parking spaces will be created and the car park will enable for the space to serve new purposes, such as offering an area for the Real Madrid and visiting teams' coaches to be parked.

The second of these major changes relates to the demolition of the adjoining building, which housed the club's institutional offices and the Adidas store. This work will allow for the construction of a new building which will run all the way along the height of the side of the stadium and will feature 10 functional above-ground (there were previously three) and three underground floors. This building will be incorporated within the new stadium structure.

This work has been carried out accurately and under optimum safety conditions thanks to the installation of construction site support facilities in the area surrounding the Bernabéu, notably including the installation of six fixed cranes with a reach of 90 metres. In addition, the construction site hut has been extended with the addition of further canteen space and changing rooms for workers so as to comply with the strict COVID-19 prevention measures.

All of these new features seek to make the Santiago Bernabéu into a state-of-the-art arena that offers optimum comfort, security and cutting-edge technology, where supporters can continue to enjoy unforgettable experiences.

For a full flavour of the transformation works completed to date, check out Real Madrid's video online at: https://www.realmadrid.com/en/fans/videos/2020/06/status-of-santiago-bernabeu-renovation-work

The joint project led by GMP Arquitectos and L35 Ribas successfully secured the tender to oversee a revamp of a stadium that is poised to become a global role model. The renovation work will see the Bernabéu become a state-of-the-art arena that satisfies the demands of club members, whilst also increasing the club's revenue streams.

One standout feature will be the stadium's wrap-around facade, which will consist of strips of steel and stripes which can be lit up and upon which images can be projected. The new arena will also offer the option for the pitch to be covered by both permanent and retractable roofs, a feature which will ensure that all of the seating areas are covered.

The revamp will make the Santiago Bernabéu a more modern, comfortable and safe arena and see it enhanced with the addition of leisure, restaurant and entertainment areas. Technology takes its place at the heart of the project. There will be an area within the stadium devoted to e-sports, whilst the arena will be fitted out with an impressive 360° scoreboard.

The redevelopment will see the Santiago Bernabéu become a digital arena, in which technological advances and the use of audio-visual tools will be available across many areas of the stadium. For example, fans will be able to enjoy club-generated content that enhances their matchday experience on their mobile phones and tablets, in what is known as the use of a second screen.

The museum is also set to undergo a massive revamp, which will be centred around the Paseo de la Castellana area. The museum will be extended in size and will benefit from a new interactive section, to be set up in the Padre Damián area, featuring the latest virtual-reality technology. The route included within the Tour Bernabéu will also be extended with the launch of a panoramic tour that will take visitors right the way around the stadium's outer rim. 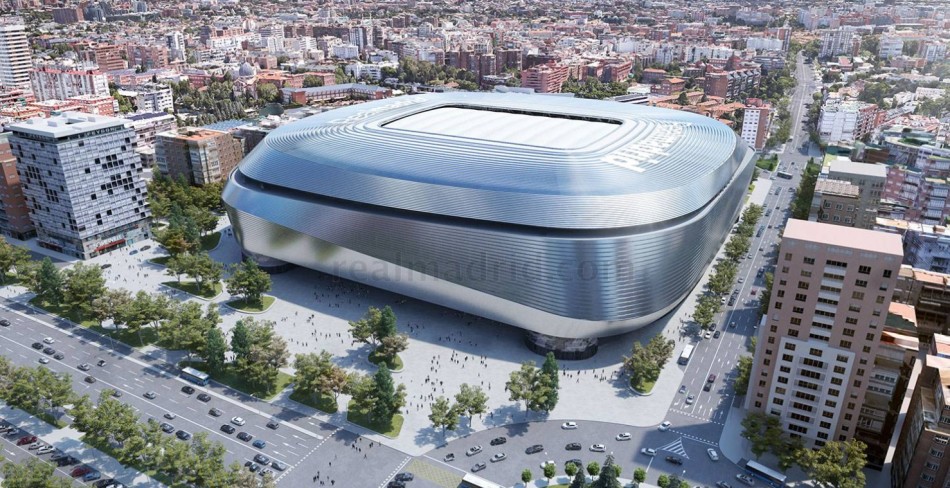 The project will also bring about improvements to the stadium's urban setting, with a large square, of over 20,000m2, to be built on the Paseo de la Castellana, and another measuring 5,500 m2 on the corner of Padre Damián, which will see the calle Rafael Salgado become pedestrianised. There will be improvements in terms of security, accessibility and evacuation for all supporters, given that the stadium will be equipped with more entry points. The current shopping centre is set to be demolished and two new towers will be erected on the Castellana, complete with ramps, escalators and lifts. The movement of supporters will also be more fluid, thanks to the instalment of new escalators along the Castellana and Padre Damián which will serve the stadium's highest points.

The shopping provision will be improved with two Real Madrid stores to be opened within the complex. The new stadium will also include the launch of a new shopping experience with digital points of sale offering goods sold by the world's most prestigious electronic and consumer goods brands, turning the public areas into a shop window for the planet's latest products.

"The new exploitation model for the stadium will bring in an extra €150 million per season, which will mean a more constant flow of revenue as we bid to maintain our status as on-field and financial leaders", stated Florentino Pérez.