0 Volunteers launch battle to save Birmingham parks and keepers 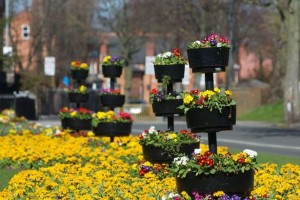 Birmingham's army of park volunteers have launched a campaign against £2.6 million council cuts which will turn park keepers and rangers into endangered species.

The campaign comes as Birmingham City Council is consulting on £87 million cuts across the board, including a major hit on parks and open spaces.

Under the proposals, grass cutting will also be reduced by more than half, well-tended flower beds replaced with wildflower meadows and children's playgrounds removed.

But now Friends of Parks groups, the volunteers who freely give their time to care for Birmingham's many open spaces, are urging supporters to oppose the proposals.

Their umbrella organisation, the Birmingham Open Spaces Forum, is coordinating the campaign and points out that funding for the award-winning service has already been cut by a quarter since 2010.

The cuts include the loss of 16 park keepers, removal of 60 play areas, the loss of eight rangers and a reduction in the woodland team.

In a statement the Forum has warned that such drastic cuts will ruin the service. "Our fear is the hard work that parks staff and volunteers have put in to making our parks the pride of the city, will be wasted," it said.

And added that the assumption volunteers will fill the void is wrong: "Friends of Parks groups already do thousands of hours of work looking after the city's open spaces - saving thousands of pounds.

"This level of volunteering would not be possible without the support of the Park Keepers and Rangers - they provide the basic services and the expert knowledge - without which volunteers cannot add value and they certainly couldn't take on more.

They say that staff cuts will impact on the parks' role as a safe, welcoming place for people to meet, play and take exercise.