0 Volunteers praised for pitching in at AFC Telford

Groundsman Mick Conway has hailed a group of AFC Telford United supporters who helped with 'essential' work on the pitch. 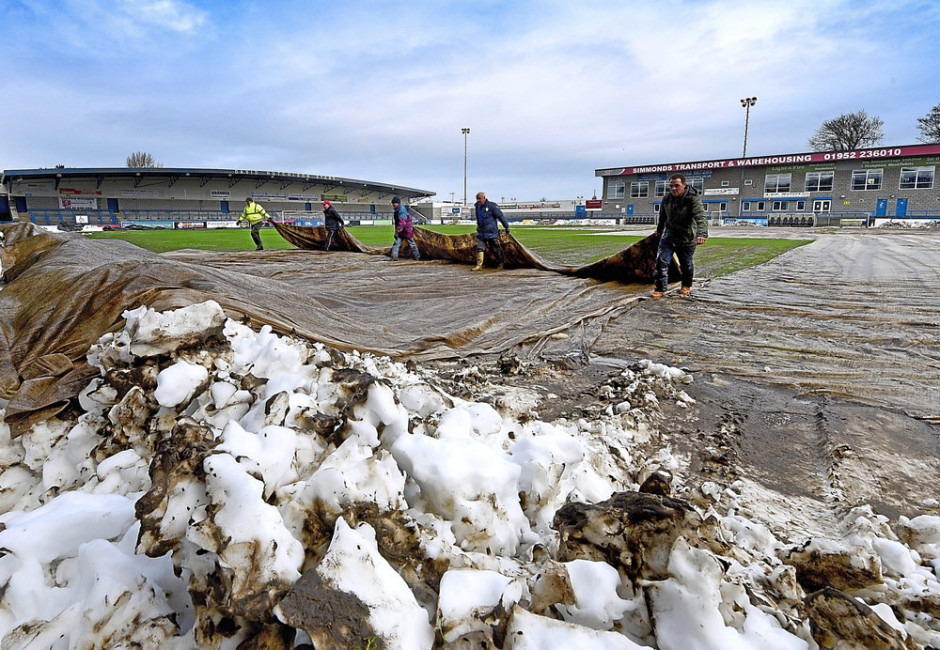 Volunteers helped Mick and his son George - the club's assistant groundsman - remove snow-covered sheets off the New Bucks Head pitch, which had been put down to try to protect the grass from the adverse weather conditions over the weekend.

Despite the Bucks' next two games being away, Mick insists it had to be done quickly to avoid long-term damage to the surface.

"There was a lot of snow on the sheets and a lot of water on the grass," he said.

"The volume of water would have been too much and, had the covers not been taken off, the pitch would have started to turn yellow.

"The game against York City this past weekend was called off due to the pitch being waterlogged and, with the snow thawing quite quickly, it was essential the work was done as soon as possible.

"We had five volunteers helping me and my son out, which was enough to help get the sheets - that were really wet and heavy - up."

He added: "If we have a few dry days, I'll get the tractor on the pitch to get some holes in it, to get it to drain the water off better. We really appreciate the help, we couldn't have done it without those volunteers. It was nice to see a few new faces."

Meanwhile, Shrewsbury Town groundsman Dave Saltman said they will 'probably put the covers out Friday night to project the pitch before Saturday's clash with Blackpool.